For People Who Give a Damn.
Explore more
PlanetInnovationDesignCultureCities
Stories Worth Sharing.
Explore more
HeroesFamilyMost SharedVideosMore
About GOOD IncAdvertiseContact UsSend a TipJobs
Follow Good :
Sign up for the Good newsletter:
(c) GOOD Inc. All Rights Reserved.
Terms of Use
|
Privacy
PS. You are doing great. Keep it up :<)

The ASSIGNMENT Draw on or otherwise alter the front page of a newspaper. The SOURCE MATERIAL Your local...

...and these are his things. A portrait of model/fabricator Patrick Delaney and a birds-eye view of the material things that define him.

Rudy Adler Trujillo-Paumier
Name: Patrick DelaneyAge: 25Location: New York, Tokyo, SydneyBirthplace: San FranciscoOccupation: art fabricator and fashion modelAll in a day's workI have been working this way for the past four years. A normal week these days is pretty nuts. I work for two different artists (Terrence Koh and Banks Violette) who are so different they might as well be black and white. My days consist of either power tools or fancy stuff. If I'm not staring at a computer screen or into the lens of a camera, I'm grinding down half-inch steel with a power grinder. That sounds like a weird personals ad.Finding InspirationMy mother and stepfather inspire me the most. I think I model because my mom likes to collect the pictures. And my stepdad has always supported my crazy abstract ideas and inspired me to work as an artist.Feeding CreativityMy last meal would have to be two carne asada tacos from El Toro, in San Francisco.Wish listA home. Somewhere I could drop my bags, unpack, and know I would not have to pack again any time soon. Travel is so much fun, but it takes its toll eventually.

And These Are His Things

On the bleeding edge of conflict photography.

Ken Lee
Ron Haviv, 41New York, NYHaviv utters the photojournalist's creed, "No picture is worth dying for," but he's come pretty damn close. Hooded and tortured by Serb forces, strafed by Taliban gunfire, and held captive by the Iraqi Republican Guard, Haviv documents the kind of history the world often chooses to ignore: war, famine, genocide. "Photography exists to hold people accountable, to keep anyone from saying ‘We didn't know,'" he says. At age 23, the New York native scored the cover of Time, Newsweek, and U.S. News & World Report with a photo of a Panamanian mob bludgeoning their vice president, which Bush Senior partly used as justification for invading Panama. Over a span of 10 years, Haviv covered the Balkans-from the very first murders in the Bosnian war to Slobodan Milosevic's arrest-culminating in his acclaimed book Blood and Honey. A consummate freelancer, Haviv says his lifestyle is not conducive to having pets or plants. -KEN LEEPlaces he's been in the last year: Haiti, Darfur, Democratic Republic of the CongoMore biographies at the bottom of this piece.

On The Bleeding Edge of Conflict Photography

You Are What You Read

With a line of clothing that mixes sustainability and style, Nau plans to do nothing less than reinvent the shopping experience.

THE DAILY GOOD
Start your day with something GOOD. 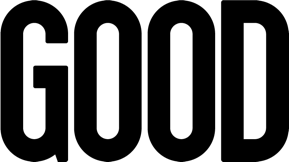