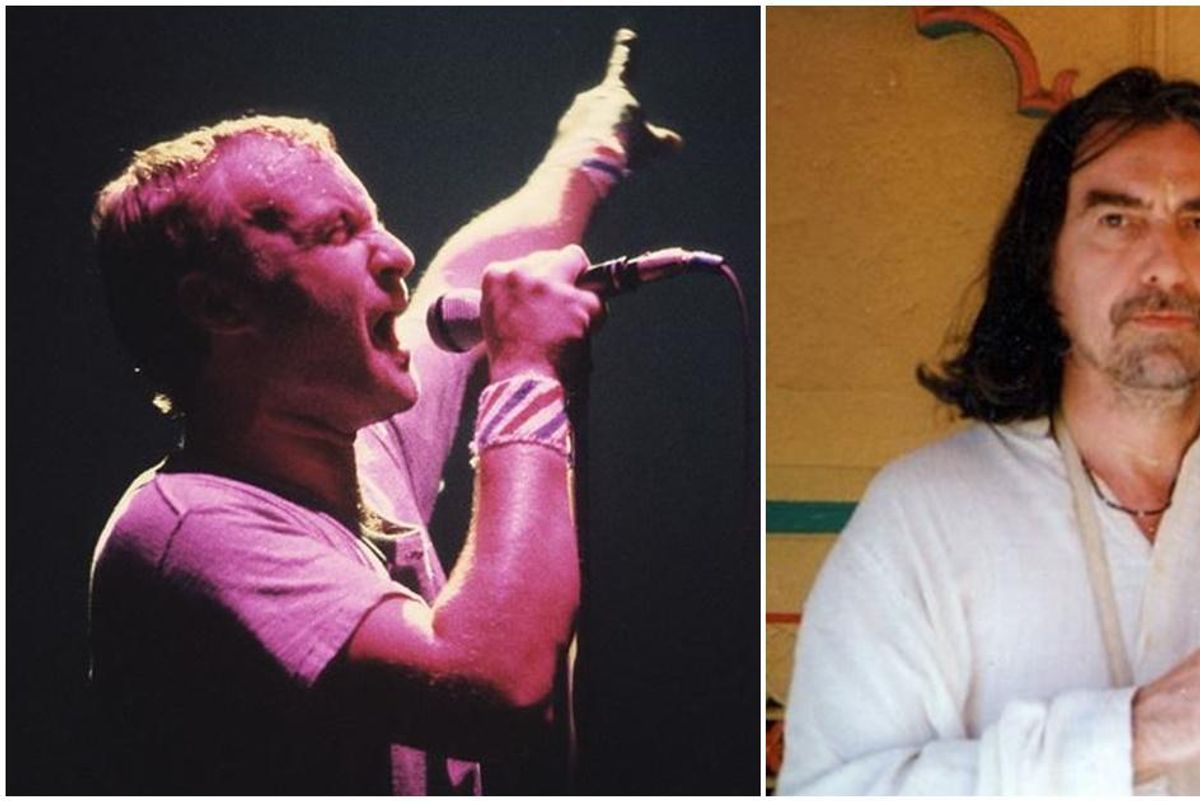 Beatle George Harrison was pigeon-holed as the "Quiet Beatle," but the youngest member of the Fab Four had an acerbic, dry sense of humor that was as sharp as the rest of his bandmates.

He gave great performances in the musical comedy classics, "A Hard Days Night" and "Help!" while holding his own during The Beatles' notoriously anarchic press conferences. After he left the band in 1970, in addition to his musical career, he would produce the 1979 Monty Python classic, "The Life of Brian."

Harrison clearly didn't lose his sense of humor for the rest of his life. Shortly before his death in 2001, he played an elaborate prank on Phil Collins that shows how the "Here Comes the Sun" singer would go the extra mile for a laugh.

In 1970, Harrison was recording his first solo record and arguably the best by a Beatle, "All things Must Pass." The session for the song, "The Art of Dying" featured former Beatle Ringo Starr on drums, keyboard legend Billy Preston on keys, virtuoso Eric Clapton on guitar, and was produced by the notorious Phil Spector.

Harrison wanted a conga player for the session, so Ringo's chauffeur reached out to Phil Collins' manager. At the time, Collins was a relative unknown who was about to join Genesis, a band that would bring him worldwide stardom.

The 18-year-old Collins was starstruck playing on a session with two former Beatles, so he played extra hard in rehearsals, resulting in blood blisters on both hands.

"Anyway, after about two hours of this, Phil Spector says, 'Okay congas, you play this time.' And I'd had my mic off, so everybody laughed, but my hands were shot," Collins told Express.

"And just after that they all disappeared – someone said they were watching TV or something – and I was told I could go," after that, Collins was relieved of his duties and told to go home. A few months later, Collins bought the massive triple album in the record shop and was devastated to learn he'd been edited out of the song.

"There must be some mistake! Collins thought. "But it's a different version of the song, and I'm not on it."

Some thirty years later, Collins bought the home of Formula One driver Jackie Stewart, a close friend of Harrison. Stewart mentioned to Collins that Harrison was remixing "All Things Must Pass" for a rerelease.

Two days later, a tape was delivered from Harrison to Collins with a note that read: "Could this be you?" Collins continued: "I rush off and listen to it, and straight away I recognize it." It was a recording of "The Art of Dying."

"Suddenly the congas come in – too loud and just awful," Collins was devastated, then as the end of the take, Harrison can be heard saying, "Hey, Phil, can we try another without the conga player?"

Collins was devastated, to say the least.

A while later, Stewart calls Collins and puts Harrison on the line. "'Did you get the tape?' Harrison asked. "I now realize I was fired by a Beatle," Collins sighed. The two changed the subject, but a few minutes later, Harrison couldn't stop laughing.

"Don't worry, it was a piss-take. I got Ray Cooper to play really badly and we dubbed it on," Harrison admitted. "Thought you'd like it!" So, Harrison had an entire recording session with a conga player who he asked to play poorly, just to pull one over on Collins.

If you're in the mood for another of rock's greatest pranks. The story of "The Ring" told by Beastie Boys' Adam "Ad-Rock" Horovitz shared in "Beastie Boys Story" is another great example of someone going to incredible lengths just for a laugh.

The story revolves around the late Beasties' rapper Adam "MCA" Yach, his bandmate Horovitz, and a very creepy ring given to him by a fan backstage at a concert.

From Your Site Articles
Related Articles Around the Web
funny
Trending Topics
THE DAILY GOOD
Start your day with something GOOD.
Trending Stories
Culture