Chris Hemsworth's reaction to his daughter wanting a penis deserves a standing ovation. 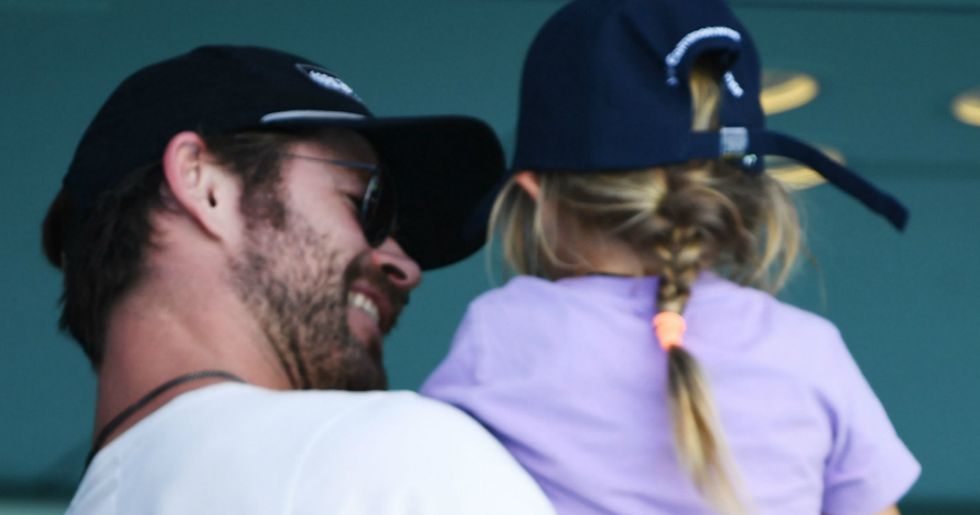 This article originally appeared on 08.27.18

Chris Hemsworth is the 35-year-old star of "Thor: Ragnarok," or you may know him as the brother of equally attractive actor Liam Hemsworth. But did you know he's also a father-of-three? Well, he is. And it turns out, he's pretty much the coolest dad ever.

In a clip from a 2015 interview on "The Ellen DeGeneres Show," Hemsworth shared an interesting conversation he had with his 4-year-old daughter India.

“My daughter's kind of envious of my boys," Hemsworth told Ellen. “She came to me the other day, and she's like 'You know, Papa, I want one of those things that Sasha and Tristan have.' And I'm like, 'What do you mean?' She said, 'You know the things in between their legs that you have.'"

Hemsworth said he tried to explain the differences between male and female bodies, but his daughter wasn't having it.

And then, Hemsworth had the best possible response. He recalls:

She's four and I'm like, 'You know what, you can be whatever you want to be.' And she goes, 'Thanks, Dad.' Runs off into the playground and that was it.

And then, I cannot confirm, but I'm pretty sure the Ellen audience did this:

Major kudos to Hemsworth for taking a potentially awkward parenting situation and turning it into a lesson about love and acceptance.

You can watch the full clip here: