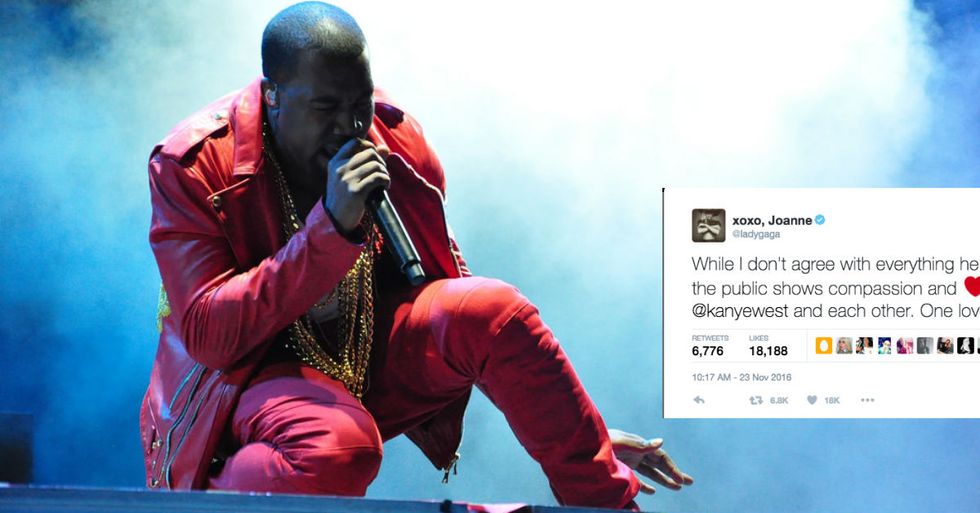 According to multiple reports, Kanye West is continuing to receive treatment for what was initially said to be a simple case of dehydration and exhaustion. Regardless of exactly what the hip hop mogul is going through, his situation serves as a reminder that mental health shouldn’t be treated as a joke.

The day after West had yet another public meltdown during one of his concerts, fellow rapper Snoop Dogg released a viral video in which he mocked West for being “crazy.” The video was shared and viewed millions of times, with traditional media outlets piling on, calling it “hilarious.” In fairness, it was hard to not chuckle at the escalating antics of the 39-year-old West, who in the past has reveled in the kind of attention and scrutiny that social media delivers.

But after he was admitted to UCLA Medical Center for treatment, the situation immediately stopped being a joke. A number of West’s contemporaries quickly shifted from mocking commentary to offering sincere hopes for his speedy recovery. As Lady Gaga tweeted:

“It’s not funny to joke about anyone’s possible or not possible mental illness, this is a sensitive time for many. Let’s be kind & loving … While I don’t agree with everything he does I hope the public shows compassion and [love] for @kanyewest and each other. One love. One Race.”

As West continues to recover, it’s another time for pop culture junkies and hip hop fans particularly to pause and reflect on the very real vulnerabilities we all face when it comes to mental health and other illnesses. In recent years, hip hop artists ranging from Eminem to Kid Kudi have tackled addiction and mental health in the public eye. As The Washington Post wrote in an analysis:

“The genre has long been characterized by notions of hyper-masculinity that allow little room for vulnerability, and of black and brown men putting forward a tough, adversarial persona. But hip-hop has always had introspective moments … In recent years, we’ve seen more artists opening up about their emotional and mental struggles in the public eye and on albums.”

And hopefully once West presumably steps back into the public space, he can use his own experience as an opportunity to tackle the stigma of mental illness and show his millions of fans that being real about emotional and physical vulnerabilities takes far more courage and humility than making jokes at someone else’s struggle.