Bizarre optical illusion has people either seeing a car door or the beach.

What do you see? 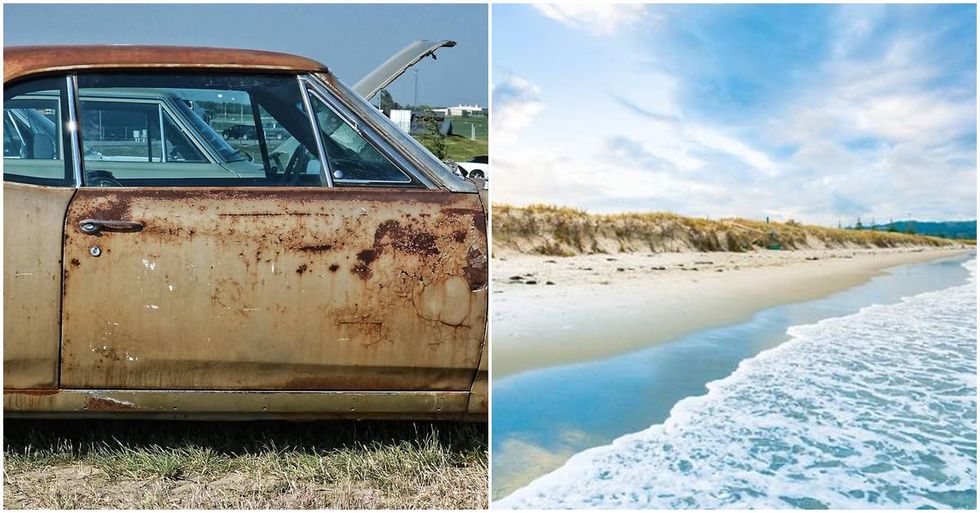 Our eyes bring in information and it's our brain's job to decipher the image and determine what we're seeing. But our brains aren't always correct. In fact, sometimes they can be so wrong we wonder if we are accurately interpreting reality at all.

After all, our brain can only label things if it knows that they are. If you lived on a deserted island your whole life and a cow showed up on the beach, you'd have no idea what to label it.

The latest baffling image that's making people across the internet doubt their senses is a picture tweeted out by Twitter user nayem. “If you can see a beach, ocean sky, rocks and stars then you are an artist," the comment reads.

But some people who see it also think it looks like a car door. What do you see?

If your brain told you the picture is of a lovely evening laying on the beach then you're definitely an optimist. But, according to the person who posted it, the photo is of the bottom of a rusted out car door. Not very romantic, is it?

The tweet has since gone viral, earning over 5,000 likes.

This guy must be hungry.

This guy is having flashbacks to 2015.

Your perception determines your reality.

This guy explains it perfectly.

This guy has a great imagination.