An otherwise forgettable photo featuring of a number of white plates and bowls scattered around each other is going viral because no one can decide whether they are right-side up or upside down.

The first photo originally appeared on social media with the caption: "Look at the plates in the picture. All of them are turned over. However, there are a few that are not upside down, and the moment you identify those, all the plates will be turned over!"

Take a look. Do the plates and bowls flip from one side to the other? Do you sell them all right-side up or upside down? Do you see a mix? 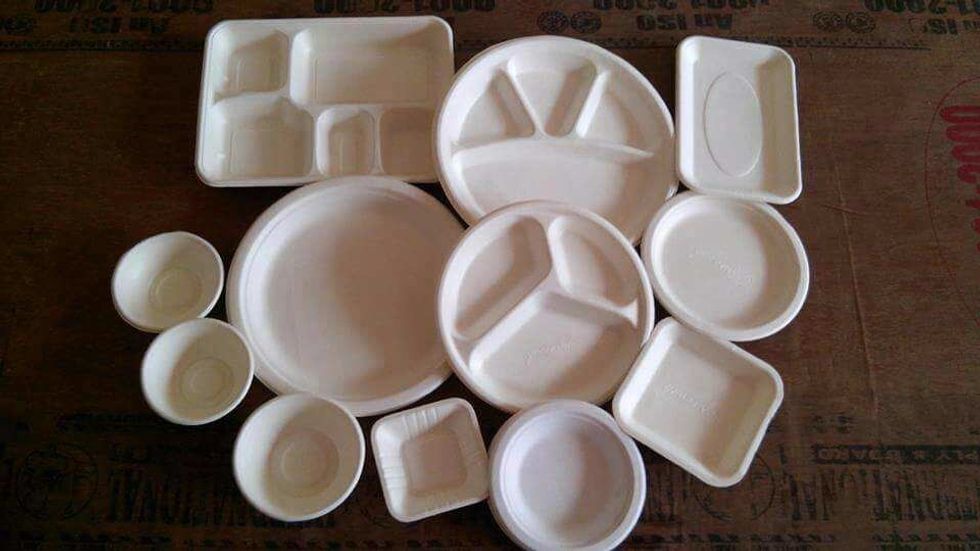 If you can only see the plates one way, try taking a look at this photo. Here' you'll probably see one half one way and one half the other. 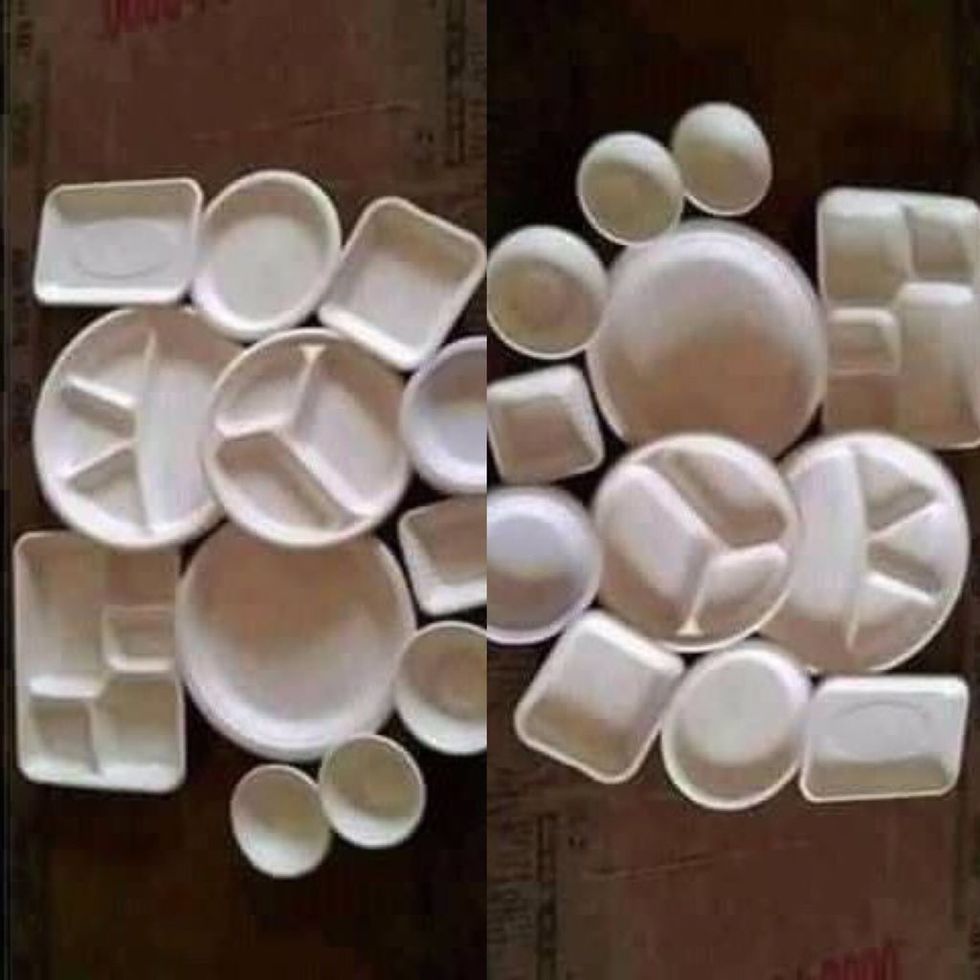 So what's the truth? Are the plates right-side up or upside down? Or is there a mix of some up, some down?

The photo was popular on Reddit's optical illusions page where one user believes they are all right-side up.

"Pretty sure it just has to do with how your brain makes assumptions based on lighting, the shadows can be interpreted as indents or raised sections and in an image with no points of reference you can't figure out the depth of something any other way," Reddit user MCXI wrote.

"The flip is probably because we are told they are upside down but things are usually right side up so once the brain is convinced that they are it sticks too it," they continued. "This is just a guess though."

However, user fluffy_dogs was seriously confused. "If you flip your image upside down you might be able to see them flipped upside down," they wrote. "Until you find the plate that doesn't look upside down. IT KEEPS CHANGING THINGS AREN'T RIGHT."

The good news is that the person who first posted the image on social media has divulged the correct answer. They've also used their optical illusion to make a point about believing everything we see.

"When I originally took this picture and posted it with the incorrect caption that all the plates were upside down, I was surprised at the massive amount of attention it gained," the poster wrote.

"The fact that thousands of comments on reposts showed that most people actually believed that all the plates were upside down shows how easily people can be fooled into seeing a non-existent illusion based on mere suggestion," the poster continued. "Keep this in mind before being quick to believe anything you see in social media."

So the correct answer is: The are all right-side up. 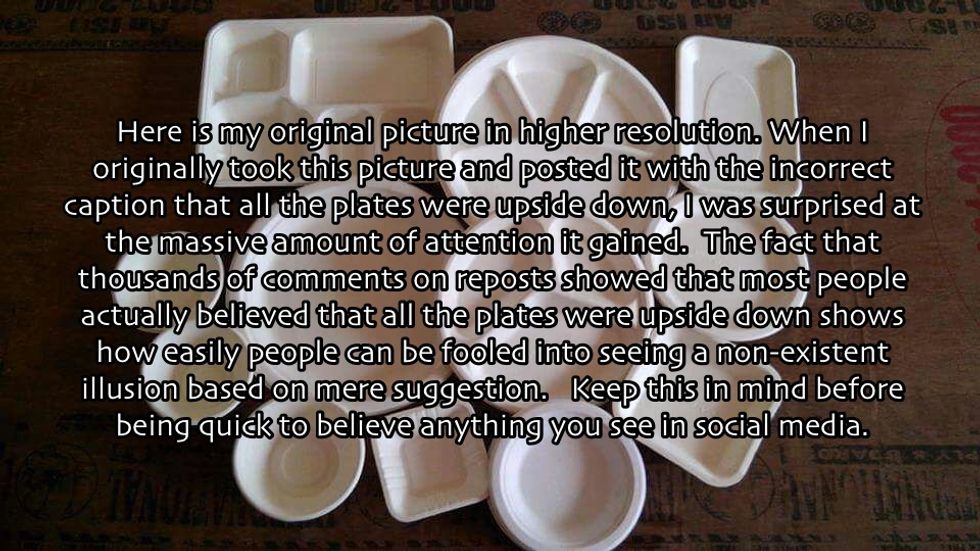 From Your Site Articles
Related Articles Around the Web
optical illusion
Trending Topics
THE DAILY GOOD
Start your day with something GOOD.
Trending Stories
Featured Articles