Is that fur or feathers? 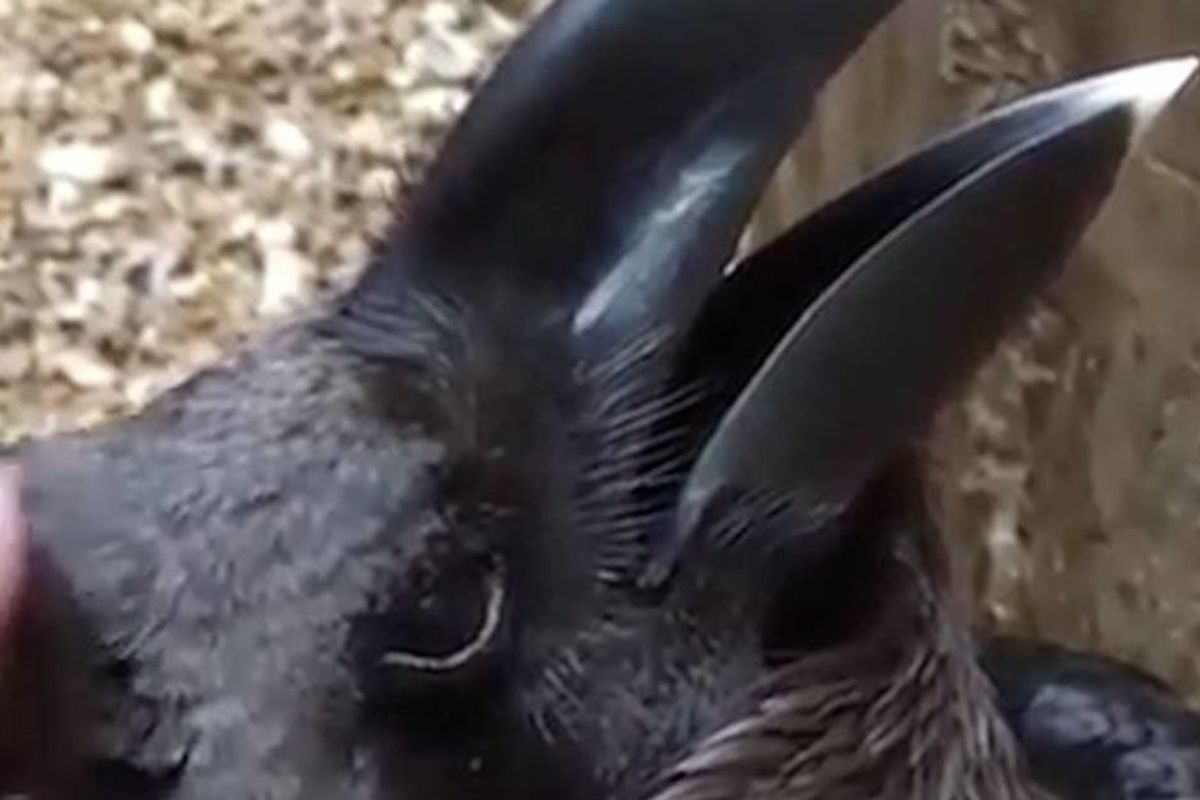 Every few years there's something that goes mega viral because people can't decide what it is.

There was the famous "is it blue and black, or white and gold" dress?

There was the audio recording that said either "yanny" or "Laurel."

Now people are scratching their heads and arguing whether the animal in a viral video is a bird or a rabbit. It all started when Imgur user Horseonbike shared a video of someone petting an animal with black fur (or feathers).

RELATED: Bizarre optical illusion has people either seeing a car door or the beach

This thing that has most people confused is the positioning of the "ears" of the rabbit or the "beak" of the bird.

It looks like you are stroking the head of a crow. Wild.
— The Electric Agora (@ElectricAgora) August 19, 2019

Not sure if rubbing left looking rabbit on the nose
or
an upward looking bird on the head (ears=beak) pic.twitter.com/RxTMwWD7za
— ꜱᴡᴀᴘɴɪʟ ಠ_ಠ ʙʜᴀᴛɪᴀ (@synbiocs) August 18, 2019

ok so I posted this on your fb too, but gotta make sure people appreciate it here too haha pic.twitter.com/zFl1uEvmDi
— Dani Crain (@DCrainium) August 18, 2019

The image is very similar to the ambiguous sketch psychologist Joseph Jastrow created in 1899 to to demonstrate the power of suggestion.

In one study, the image was shown to children around Easter and they tended to see the image as a rabbit. But when children were shown the image around October, more saw it as a duck.

RELATED: This freaky sketch is a mind-bending example of the power of suggestion

The image is an example of how we internally project our life experiences and assumptions onto ambiguous visual stimuli.

So what type of animal is in the video?

It's a corvidae or a member of the family of birds which includes crows, ravens, rooks, jackdaws, jays, magpies, treepies, choughs, and nutcrackers

Related Articles Around the Web
viral video bird or rabbit
Trending Topics
THE DAILY GOOD
Start your day with something GOOD.
Trending Stories
The Planet