Someone figured out what that handle on car ceilings is for and Twitter is freaking out. 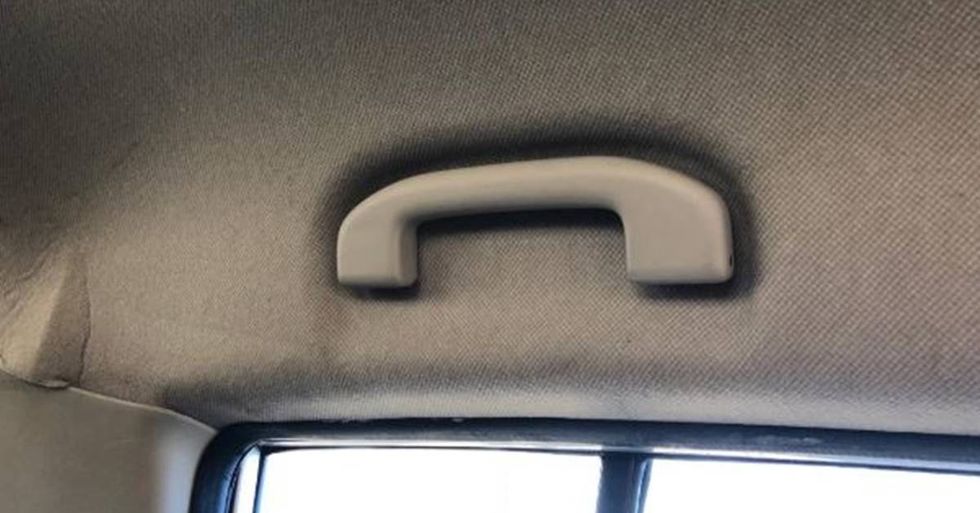 When you have important questions, where better to go for answers than a free-for-all website where literally anyone with a Wifi signal can sign up? Google is sooooooo early 2000's. In 2017, we get all our info from Twitter. Where could that possible go wrong???

18-year-old Twitter user Aimee recently took to the trusty website to ask something most of us have probably wondered about without even realizing it:

“Serious question, what the fuck is this for?" she asked, next to a photo of that handle on the ceiling of every car that we all knew about and probably wondered about but never thought to even ask for some reason?!?!?!?!?!?

People immediately started sharing their theories, like this one:

to keep your armpits fresh when you roll the windows down on a hot day
— baphomet (@narcisiste) September 30, 2017\n

All seem valid. But then one woman provided an answer so undeniably and universally real, it blew all the other theories out of the water:

“For my mom to dramatically grab when I'm going 26 in a 25," wrote Taylor Myers, a college student from Pittsburgh.

IT MAKES SO MUCH SENSE. MY MIND IS BLOWN.

Her response immediately blew up, wracking up over 118,000 retweets in three days. And Twitter could not agree with her theory more:

Others pointed out that the handle even has a name to match its function:

Oh shit handles ..to hold on if driver is getting to crazy
— RedNite_Exclusives (@RnExclusives) September 28, 2017\n

And for those of you who aren't potty mouths, don't worry, there's also a more pious name for it: “the Jesus bar."

But whatever you want to call it, I think we can all agree, now that we know what it is, our lives will never, ever be the same.