Here’s your Monday dose of hope 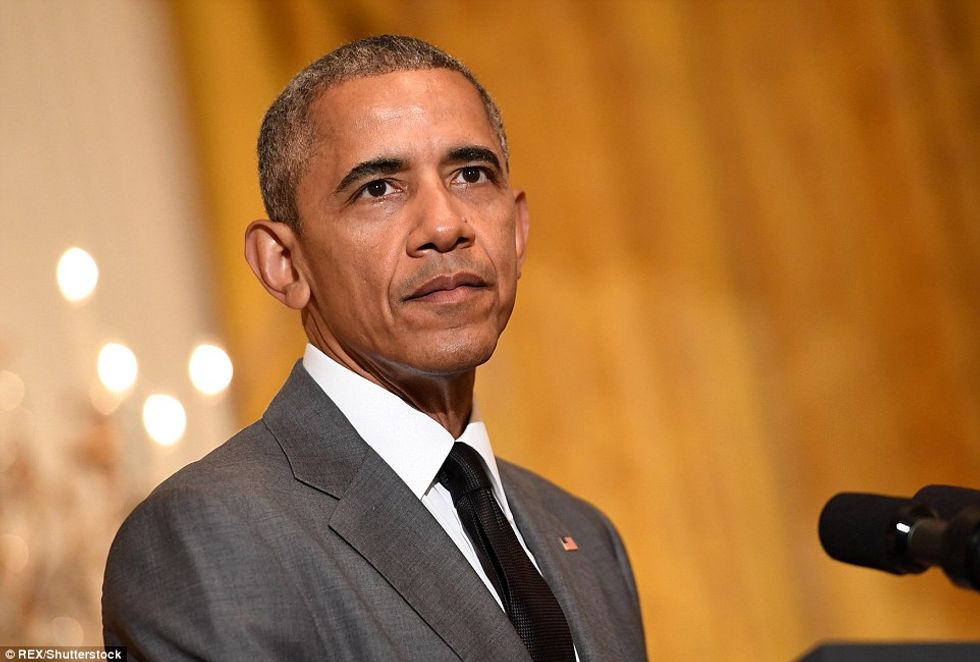 On Monday, former president Barack Obama spoke at his first public event since leaving office, effectively ending his three-month, post-Inauguration Day vacation. In a conversation with six young community leaders at the University of Chicago, Obama voiced his continued commitment to the issues he took on during his presidency—economic disparity, climate change, social justice, and violence. With Trump closing in on the first 100 days of his presidency, Obama’s timing could not have been better. With so much uncertainty plaguing the weeks and months ahead, Obama’s speech (one in a series of upcoming public appearances) arrives as a welcome fresh perspective. Here are the major takeaways from his first public address.

While announcing his renewed commitment to the American people, Obama also repeatedly stressed the importance of encouraging young people to get involved in politics, blaming poor leadership for stunted economic and social progress. He said,

Focusing on civic engagement, community organizing, and facing social challenges head on, Obama zeroed in on the point of actively engaging American youth. Without getting overtly political on this topic, Obama made it clear that it’s up to young people to take charge and create the country they want, echoing the tone of his final presidential speech in January. “Show up, dive in, stay at it. Sometimes you’ll win. Sometimes you’ll lose,” he said during his farewell speech. In the three months since he left office, his stance on that front has remained unchanged.

Who could forget the moment Obama made his first big impression during the 2004 Democratic National Convention when he said, “There is not a liberal America and a conservative America, there is the United States of America”? During his address on Monday, he acknowledged the sentiment was largely “aspirational,” but continues to stand by his confidence in American potential. Referring to his time as a community organizer, Obama said, “[The work] taught me that ordinary people, when working together, can do extraordinary things. This community taught me that everybody has a story to tell that is important.” He added that despite deep rifts, Americans have "common hopes and dreams, common aspirations, common values.” If you were waiting for Obama’s trademark dose of hope, it doesn’t get much more optimistic than that.

What he didn’t say

According to The New York Times, Obama mentioned Trump by name just once in the entirety of the panel. By not directly criticizing the current president, Obama manages to stay above the political fray; whether or not that approach fosters trust among some of his most frustrated supporters, however, is another question altogether. Moving forward, it will only become more difficult for Obama to sidestep his successor’s direct attacks on his legacy and maintain a hopeful outlook in the face of real, devastating losses. But if anyone can stick by a message of hope, it’s Obama.