Scientists Grow 3D Mini-Brains to Learn About the Real Thing 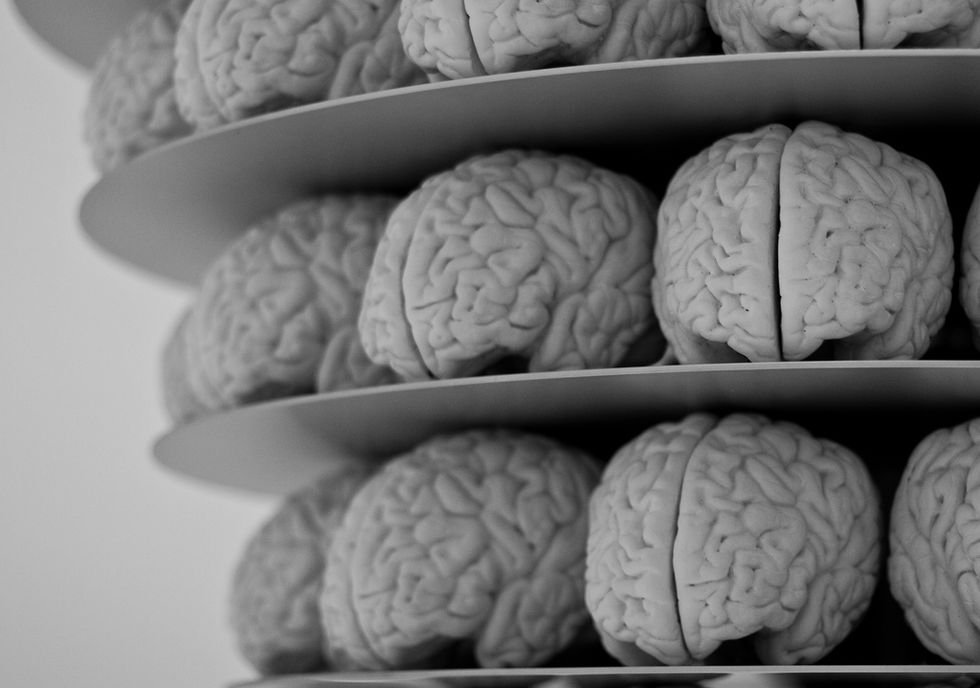 The idea of a laboratory-grown brain has long been the purview of mad scientists in b-movie horror flicks. Now, a team of researchers has taken what once belonged to science fiction, and brought it squarely into the realm of scientific fact. They’ve taken skin cells, and—through a complicated stimulation process—coaxed them to develop into tiny biological facsimiles of the human brain.

Stanford University’s School of Medicine doctor Sergiu Pasca, his wife, doctor Anca Pasca, and graduate student Steven Sloan, are the lead authors of “Functional cortical neurons and astrocytes from human pluripotent stem cells in 3D culture,” a study published online last month in Nature Methods. In it, the trio describes their work in developing neuron-like cells that, when allowed to grow into tiny spheres, mimic certain characteristics of the human brain. Per a Stanford release, the result is:

...free-floating balls of human brain cells that mimic the architecture of the cerebral cortex, the outer layer of brain tissue responsible for how we experience and perceive the world around us and how we interact with others. The spheres contain functional neurons, working synapses and even critical support cells called astrocytes that maintain neural function. They also express genes in patterns similar to a human fetal brain midway through pregnancy.

To create the micro-brains, researchers used skin samples from five donors to create induced pluripotent stem (iPS) cells, which can then be developed into cells from many other forms of tissue. In this case, that of the brain. Those cells were transferred to special Petri dishes which coaxed three-dimensional growth, rather than simply growing flat along the dish’s surface. The structures were then treated with molecules designed to further their development into neurological cells. The resulting brain balls, technically termed “human cortical spheroids,” were able to perform remarkably like natural human neurology. Again, per the release:

The final test of the human cortical spheroids was to slice them and perform functional tests. The researchers found that up to 80 percent of the neurons in the spheres were capable of firing when stimulated. Furthermore, 86 percent of the neurons exhibited spontaneous neural signaling and participated in neural network activity.

The tiny brain spheres are grown as large as a whopping five millimeters across, and can be maintained in the lab for months on end. During that time, researchers hope to study the micro-brains to learn more about developmental neurological disorders such as Alzheimer’s disease. As Dr. Ben Barres, one of the study’s co-authors explains:

“The power and promise of this new method is extraordinary. For instance, for developmental brain disorders, one could take skin cells from any patient and literally replay the development of their brain in a culture dish to figure out exactly what step of development went awry — and how it might be corrected. For Alzheimer’s disease, one could do the same to determine if the neurons or glia are abnormal and, if so, what is malfunctioning. Now we can move away from mouse as a model and instead generate functional neurons and glia from humans with literally any disease.”

While we may be quite a ways away from actually being able to grow real brains in a jar, developments like this help push medicine one step closer to a world in which doctors can develop prognosis and treatment plans customized to a patient’s unique genetic makeup.