If The United States Had 100 Prisoners

The true statistics may surprise you 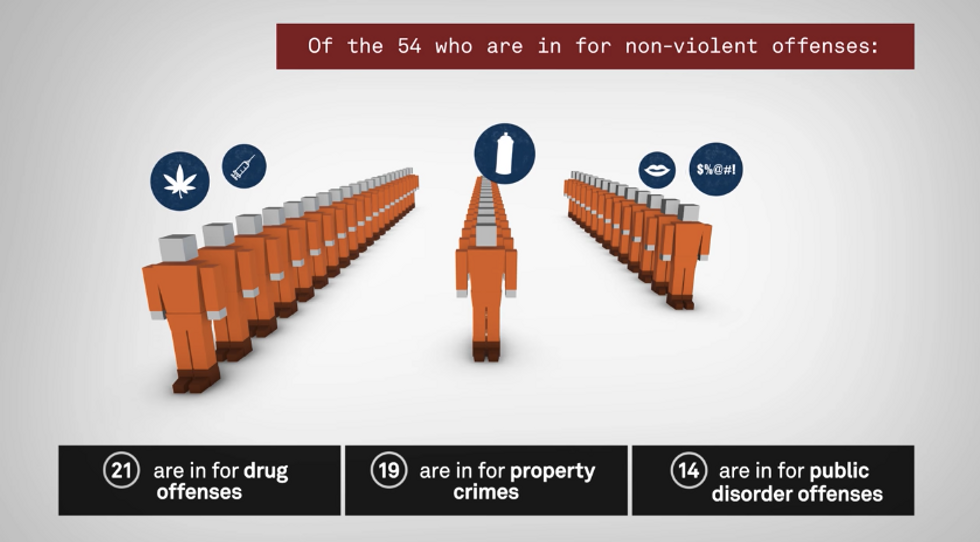 The statistics are staggering—so large in fact that they may be hard to comprehend on such a huge level. But what if the United States only had 100 prisoners? When you shrink the United States prison population down to 100 people, this is what you get: