A New York Soup Kitchen for the Homeless—and Their Pets 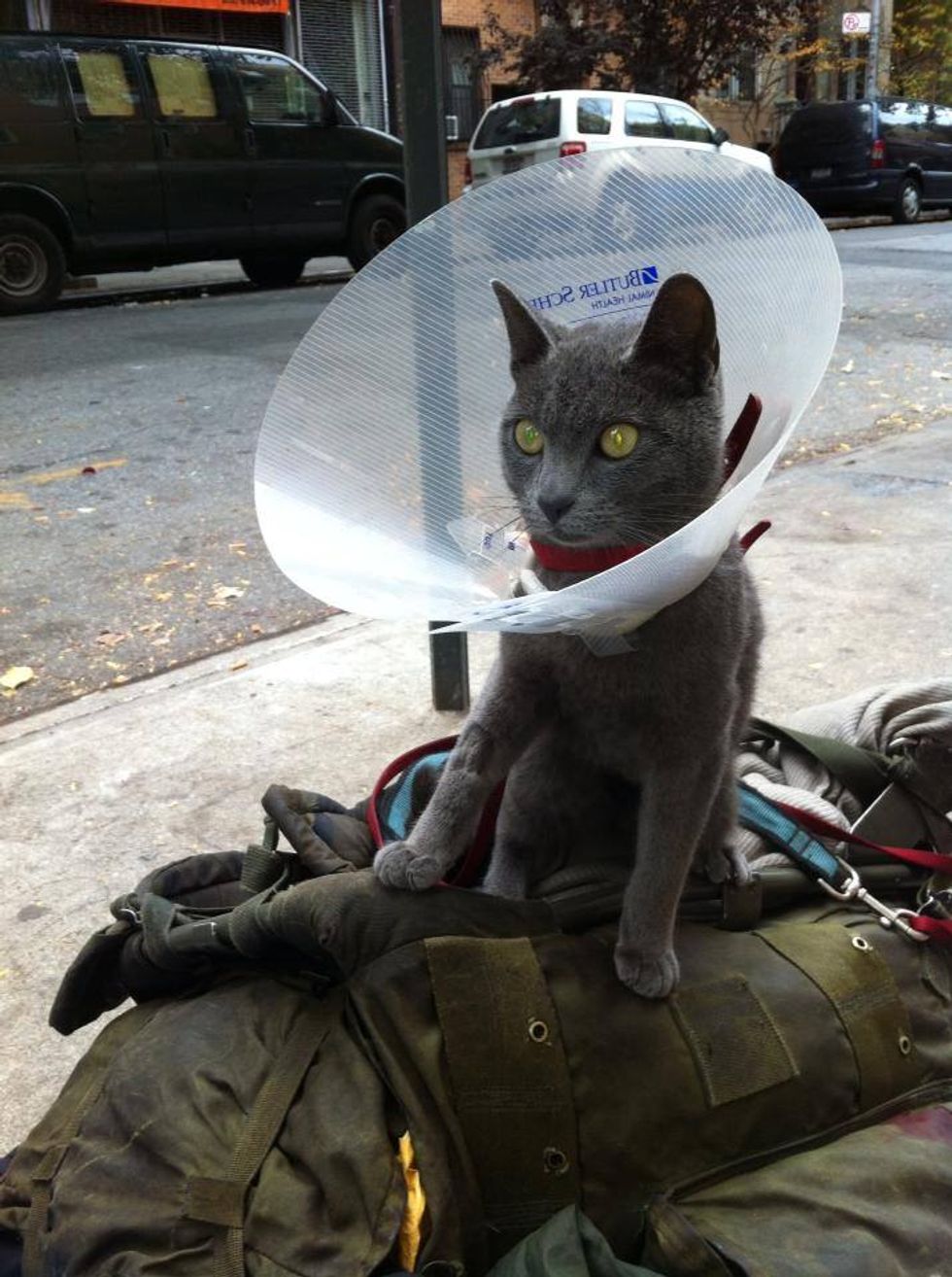 A Collide client enjoys a meal. Image via Jeff Latzer

At New York City’s Collide, a ministry operated out of the Graffiti Church on the Lower East Side, all are welcome—pets included. For some homeless youth, these animals are an invaluable lifeline. “[W]e recognize the critical role companion animals play in the overall well-being of their owners, as they offer emotional support, stability, and unconditional love,” the nonprofit organization writes on its website.

In practice, this means offering struggling young people twice-weekly lunches that include a helping of kibble. And Collide’s programs provide veterinary care and encourage clients to spay and neuter their pets.

Collide also helps homeless pet owners deal with a heartbreakingly common situation: when well-intentioned observers take their companions away. “We get a call from a grief-stricken client who tells us that when they woke up that morning, the dog leash connecting them to their companion had been cut, with only a crudely written letter left behind to the effect of, ‘We gave your dog a better life,’” Jeff Latzer, a volunteer, told the blog This Dog’s Life.

To that end, Collide licenses pets, so that if they are ever lost or taken from their owners, tags and chips will get them back to the right place.

Since its founding in 2010, Collide has aided more than 300 animals, reports Latzer. He and other volunteers help run the ministry, which is operated solely on donations.

“Our clients’ lives are harder than anything I’ve ever had to go through, so I'm proud that they can trust me with the health of some of their most important companions,” Latzer writes in an email. “And to see the therapeutic effects that these dogs, cats, and rats have on the lives of these people is a truly beautiful thing to witness. So I'm honored to play a tiny role in it.”