Using Google Maps And A Drone, This Artist Offers A Surreal Look At American Landscapes

His bleeding-edge methods are nothing short of revolutionary 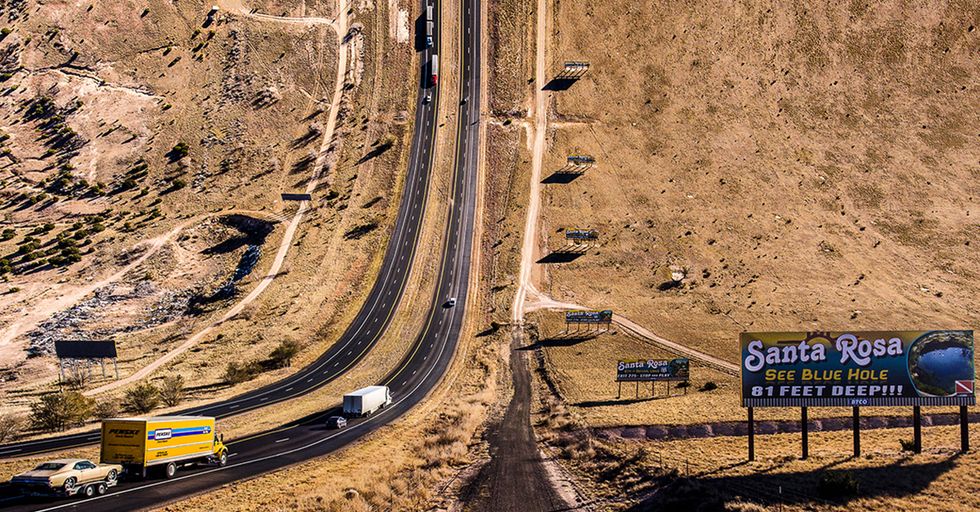 The notion of a landscape photograph might conjure up the most exciting emotions in people. Sure, the photographs may be striking and beautiful, but the works often rely on familiar techniques that have been around for years. Or decades. Or millennia.

However, having an eye in the sky not only allows an artist the opportunity to scout locations in a new way, but also to create shots that turn the convention of landscapes and nature photography on its head. To that end, Turkish artist Aydın Büyüktaş armed himself with two powerful weapons afforded by modern technology: Google Maps and drones. Using a broad foundation of experiences in visual effects, 3-D animation, and video, he sought to capture America in a way no one has seen before.

Using Google Maps to scout interesting locations, Büyüktaş embarked on “Flatland II,” a series that takes drone photography and video footage and warps it to create surreal images of flat environs that bend, twist, and kink in ways his imagination desires.

As is apparent, he finds beauty and opportunity in flat, sprawling locales, using them as stripes and bands that break free of dimension. Before embarking on a 12,000-mile road trip to shoot, he dropped Google Maps images into modeling software to learn the type of shots he would need to choreograph in order to capture his vision. The results are often a seamless pastiche of photographs, blended in Photoshop to create, well … this:

As the name suggests, “Flatland II” serves as an American companion project to “Flatland,” a series created in the artist’s homeland of Turkey.