Is this the ticket to beat Trump? 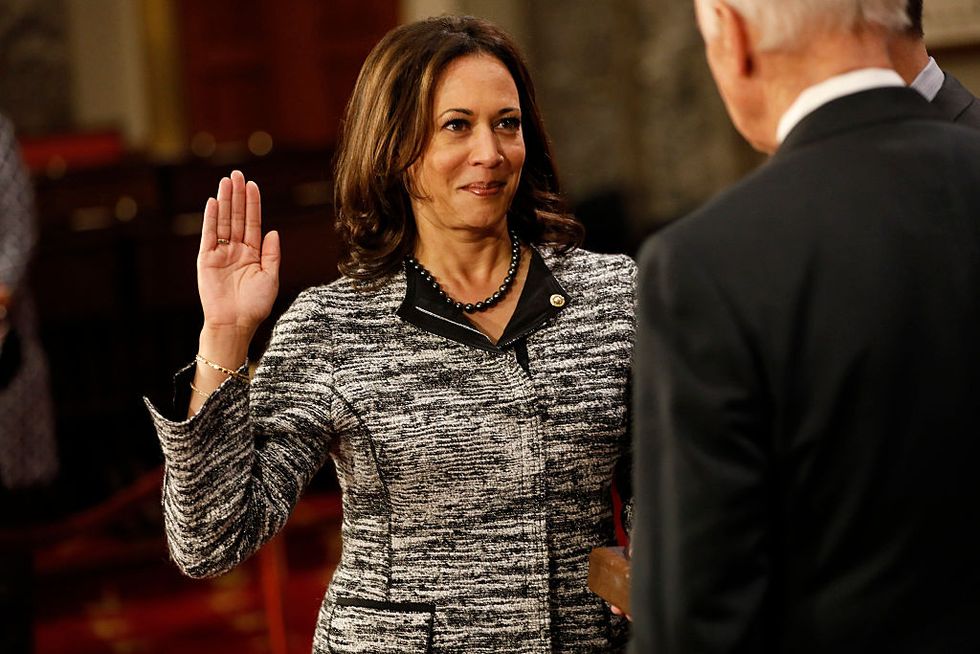 There’s an interesting thing happening with former Vice President Joe Biden right now that tells us a lot about perception vs. reality.

If you follow his presidential campaign on Twitter, he’s a disaster and out of touch with the Democratic Party on everything, including race and gender to say nothing of his offensively moderate stances on the issues. And the only people supporting him are cowards too afraid to get behind a truly progressive candidate.

If you follow the Biden campaign just about anywhere else, it’s been a triumphant success since he first formally announced his candidacy. Biden continues to widen his lead in the polls, he’s raising a lot of money (something he’s never been particularly good at), he’s drawing large, receptive crowds to his campaign events, and he’s avoiding the kinds of verbal gaffes that have been problematic for him in the past.

He also has strong support from black primary voters, something recently echoed by Rep. James Clyburn (D-SC), the highest-ranking African American in Congress.

“The data are clear that he has strong support among African Americans,” Clyburn told Politico. “It’s just that simple. He’s had that for a long, long time, and he’s kept it steady so far.”

That is something which became even more apparent in the same story from Politico which reports that a number of members of the Congressional Black Caucus have begun pitching the idea of Sen. Kamala Harris (D-CA) joining the Biden ticket as his vice presidential running mate.

[W]ith the former vice president jumping out to a huge, if early, lead in the polls, several CBC members are warming to the idea of a Biden-Harris ticket to take on President Donald Trump.

The sources in the story get right to the bottom line: Harris is a young, black woman who would bring a balance to the older, white male ticket that Biden presents.

She’s also struggling to gain traction in the Democratic primary. After starting hot and emerging as a frontrunner, Harris has slipped back into single digits in nearly every poll, including in South Carolina, a state with a large black vote and one that theoretically would place her near the front of the packed field.

She also has been taking a more progressive stance on certain issues that could theoretically help with a base hungry to see fresh faces and fresh ideas taking on President Trump in 2020.

“Either combination there, I’d love,” Rep. Anthony Brown (D-MD), added in the Politico report. “I think he’s going to look to balance his ticket so that the ticket itself is more appealing. ... I think it would make sense and it wouldn’t surprise me if he picked a woman of color.”

Of course, we haven’t even seen the first Democratic presidential debate, let alone seen the first vote cast. But if there’s one thing that Biden’s early candidacy is clearly demonstrating it’s that voters and influential members of the nominating process may have very different views of how this should play out as opposed to the clamoring masses on social media.