There is nothing less ‘conservative’ than a government executing its own citizens. 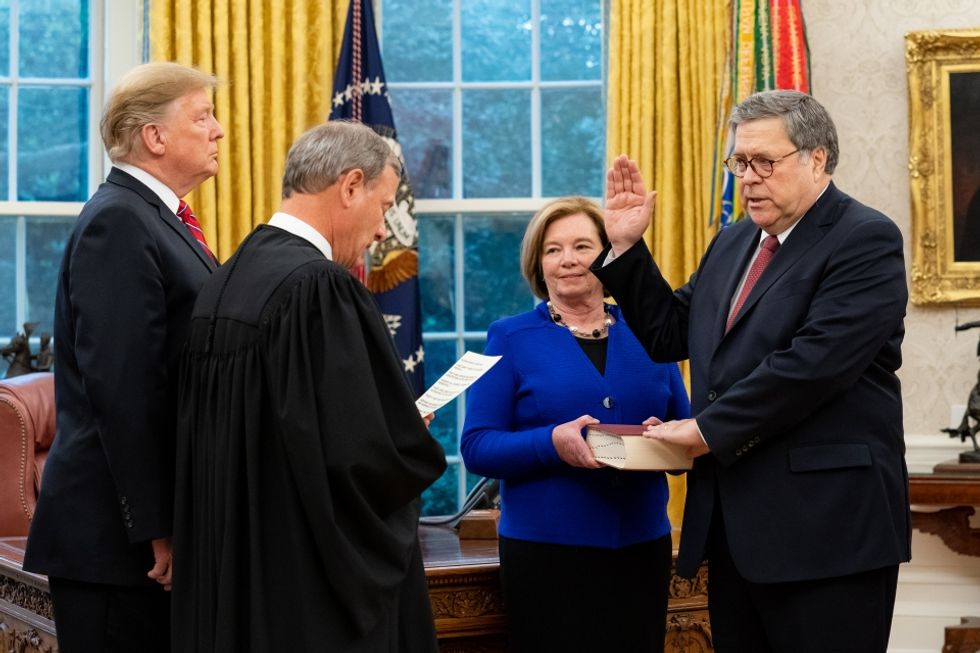 For the first time in nearly two decades, the federal government is reviving the death penalty. Attorney General Bob Barr has asked the government to bring back the policy and directed the Bureau of Prisons to schedule executions for five inmates currently on death row.

The change is another stark contrast in American policy that runs counter to virtually the rest of the entire world. For some perspective, America’s zeal for capital punishment puts us in competition with Saudi Arabia and North Korea, two of the least democratic nations on the planet.

It’s been 16 years since the United States federal government last put one of its own citizens to death. And the fact that the policy reversal comes from a self-described conservative, Christian administration highlights an incredible chasm between the values of limited government and faith.

What, exactly, is conservative about using the power of government to kill its own citizens? There is literally no greater exercise of federal power than saying a bureaucracy should be given the right to decide if one of its own free citizens lives or dies by the authority of the state.

What exactly is the correlation between those who say their religion dictates that abortion is murder while simultaneously advocating for the government to kill people convicted of crimes?

In a statement, Barr defended the move by pointing to past precedent:

“Congress has expressly authorized the death penalty through legislation adopted by the people’s representatives in both houses of Congress and signed by the President,” Attorney General Barr said. “Under Administrations of both parties, the Department of Justice has sought the death penalty against the worst criminals, including these five murderers, each of whom was convicted by a jury of his peers after a full and fair proceeding. The Justice Department upholds the rule of law—and we owe it to the victims and their families to carry forward the sentence imposed by our justice system.”

And that’s both technically true and wildly out of step with our evolving attitudes toward the death penalty.

In an op-ed opposing the move, Hannah Cox explains that while many believe the death penalty is reserved for the worst offenders, the opposite is often the case:

The federal death penalty system encompasses all of the problems we find at the state level. Though many think the federal system is reserved for the “worst of the worst” crimes like treason, espionage, or terrorism, the reality is only one person on the federal death row is there for one of those crimes.

Democrats came out in force opposed to the decision, including Sen. Kamala Harris (D-CA) and Elizabeth Warren (D-CA):

This morning, the Department of Justice announced they would resume capital punishment. Let me be clear: capital pu… https://t.co/xHG0HejbKW
— Kamala Harris (@Kamala Harris) 1564067835.0

Our criminal justice system has a long history of mistakes when it comes to capital punishment—especially when it c… https://t.co/MaqY8fJ0Ph
— Elizabeth Warren (@Elizabeth Warren) 1564074159.0

The five executions are scheduled to take place next year and the Justice Department said further executions are likely to be scheduled in the near future. Several groups and legal representatives for the targeted death row inmates said they will challenge the decision.

In the meantime, it’s likely to become a topic of discussion at the next Democratic presidential debate. But there’s little debate amongst Democrats when it comes to opposing capital punishment except in the most extreme cases.

But for Republicans, especially those who consider themselves limited-government advocates and social conservatives, this is a gut check moment: Will you stand up for those beliefs or put party over country? There’s nothing conservative about the death penalty and anyone who cares about liberty and justice should do their part to send the barbaric practices back to the history books.