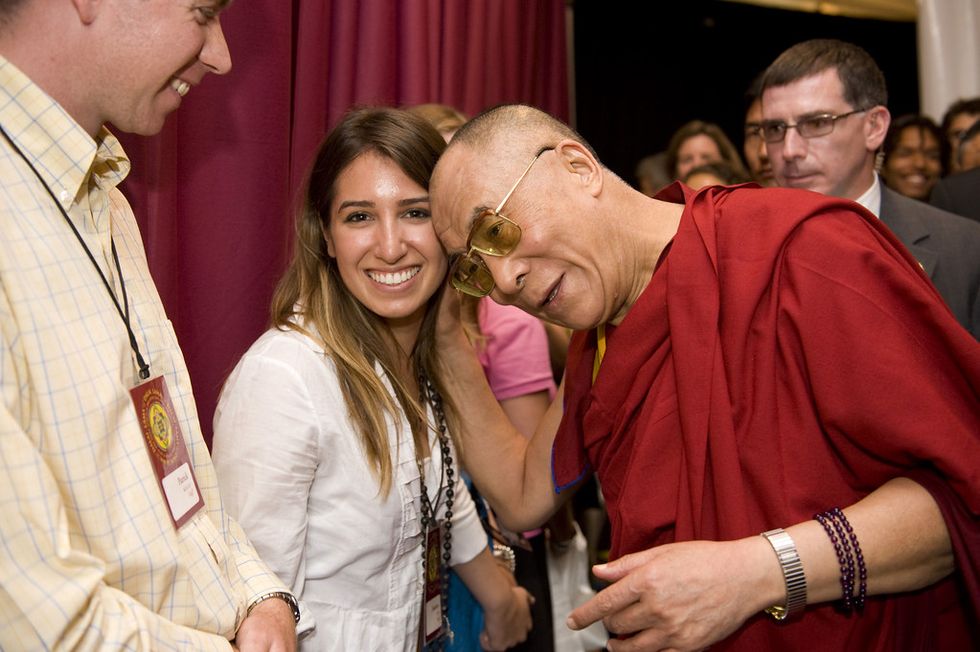 Spiritual beauty should be more important than physical beauty. Unless you're a woman. Then, you gotta make sure your soul is smoking hot, right? The Dalai Lama was recently put on blast for saying a female Dalai Lama should be attractive. But the spiritual leader says that his comments were taken out of context and that he is “deeply sorry" if he came across as sexist.

In a recent interview with the BBC, His Holiness said, "If a female Dalai Lama comes, she should be more attractive." But what the Dalai Lama said isn't what he meant. His office issued a statement saying his comments were misunderstood. "His Holiness genuinely meant no offense. He is deeply sorry that people have been hurt by what he said and offers his sincere apologies," the statement said.

The Dalai Lama first said similar sentiments in 1992 during an interview with Vogue Paris. The Dalai Lama was asked if there could be a female Dalai Lama in the future. “Certainly, if that would be more helpful," he said, joking that she should be attractive.

The Dalai Lama chalks up the misunderstanding to “the contradictions between the materialistic, globalized world he encounters on his travels and the complex, more esoteric ideas about reincarnation that are at the heart of Tibetan Buddhist tradition." The statement says, “However, it sometimes happens that off the cuff remarks, which might be amusing in one cultural context, lose their humor in translation when brought into another." The current Dalai Lama is the reincarnation of his 13 predecessors.

The statement also mentioned the Dalai Lama's history of supporting women. "For all his long life, His Holiness has opposed the objectification of women, has supported women and their rights and celebrated the growing international consensus in support of gender equality and respect for women," said the statement. "His Holiness has frequently suggested that if we had more women leaders, the world would be a more peaceful place." The Dalai Lama also allowed Tibetan nuns to earn Geshe-ma degrees, something which used to be only for male monks.

Unfortunately, there is a tendency to objectify women, even those who are in power. The Dalai Lama's comments might have been a joke, but a female Dalai Lama would probably have to answer the question, “What are you wearing?" or have her physical description discussed in detail by people who are dead serious.