Bernie spoke to 12,000 Evangelical youth at one of this country’s most rightwing universities. This alumnus listened. 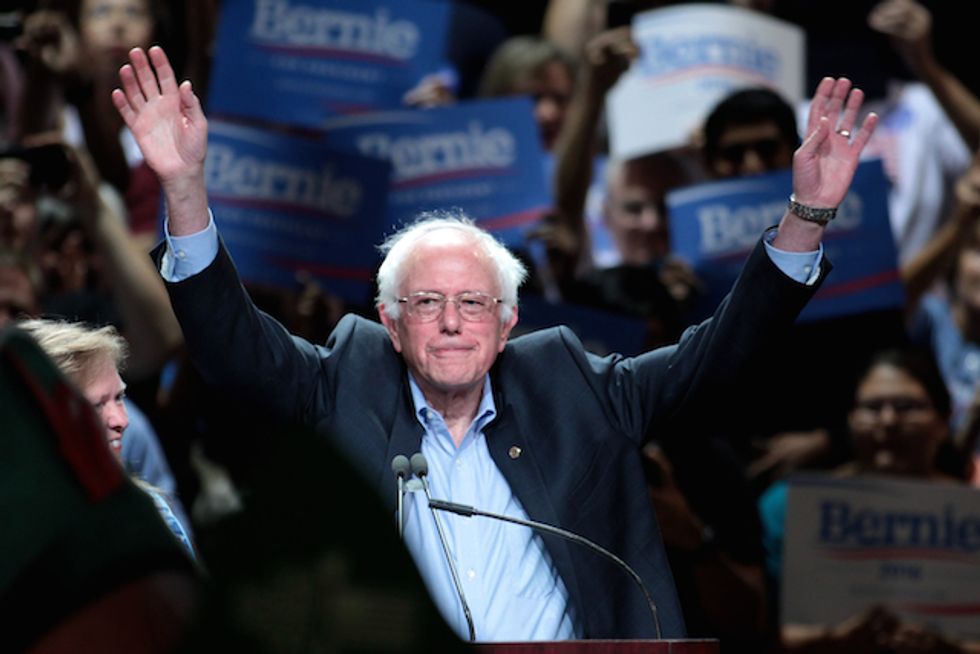 Liberty University isn’t exactly known as a hotbed of progressivism. The school, founded in 1971 by Evangelical darling Jerry Falwell, had a clear mission: to promote a Christian worldview grounded in principles of conservatism, creationism, and “and a firm support for America’s economic system of free enterprise.” But this Monday morning, Liberty students woke up to an unexpected visitor: Democratic candidate and self-avowed socialist, Bernie Sanders of Vermont.

It was a bizarre moment in electioneering, but Sanders’ decision to speak was grounded in real historical reason, and had a sincere political impact. A little less than four decades ago, the nation elected an enterprising former peanut farmer who identified both as an Evangelical and a Democrat, Jimmy Carter. And while the students of Liberty University have been largely tied to the GOP ever since, one alumus and pastoral counselor who heard Sanders speak was convinced. The Daily Kos transcribed selections from his sermon below:

Those words echoed in my heart as I listened to that crazy, hoarse-voiced, wild-haired Jew standing in front of the religious leaders of the Evangelical Movement, calling us to account, as a Jew once did before, telling us that he intends to care for the least of these, to clothe the naked, to shelter the homeless, to care for the sick, to set the prisoners free.

I wouldn't be much of a Christian if I didn't stand on the side of gospel for the poor, because, the last time I checked, that's where my master Jesus stood, and I'll stand with Him. And, for now, that means I stand with Bernie Sanders.”

Will the Evangelical left, who’ve statistically been far more likely to vote along religious lines than economic ones, switch party affiliations, and vote for this “wild-haired” Jew in 2016? Unlikely, by nearly every statistical measure. Still, Sanders’ speech, and this alumnus’ response, laid some important groundwork for conversations of the future, where both sides are taking the time to listen.

(Via: The Daily Kos)