This Illusion From 1533 Is Still Blowing People’s Minds

It was created in 1533 by Hans Holbein the Younger. 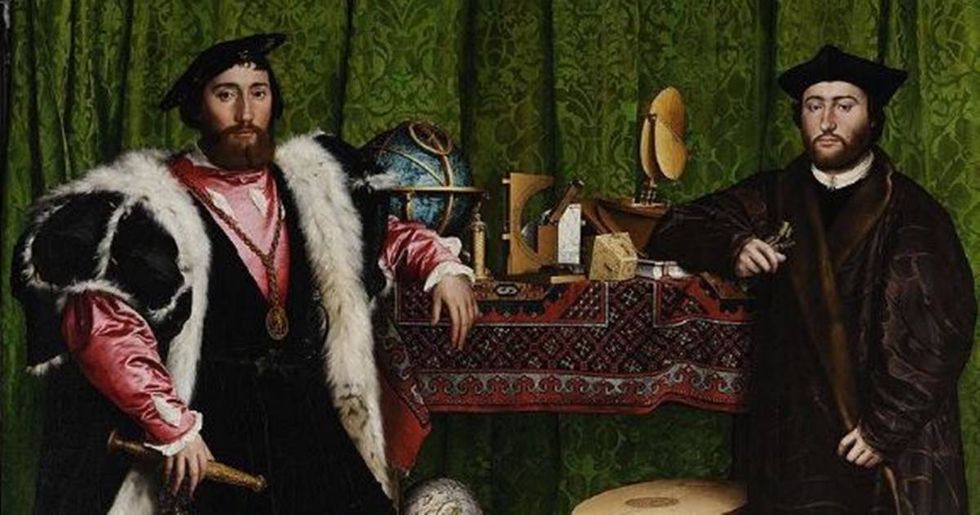 The Ambassadors is a painting from 1533 by German-born artist Hans Holbein the Younger. The painting is famous for its anamorphic skull which is only clearly visible when you approach it from high on the right side, or low on the left side. The earliest known uses of anamorphic perspective have been discovered in prehistoric cave paintings and the technique resurfaced in 1485 with Leonardo da Vinci’s Leonardo’s Eye.

Many believe the skull is a memento mori or “reminder of death.” Art critics think the painting represents three levels: death (the skull), the heavens (the astrolabe on the shelf), and the living world (books and musical instruments). It’s also thought that the painting was made to be hung in a stairwell so people ascending the steps and passing the painting on the left would be freaked out by the skull. The Ambassadors is currently on display at the National Museum in London.