America has its first Native poet laureate and her interview is a must-read.

“You have your culture and you're in it, but you're also in this American culture.” 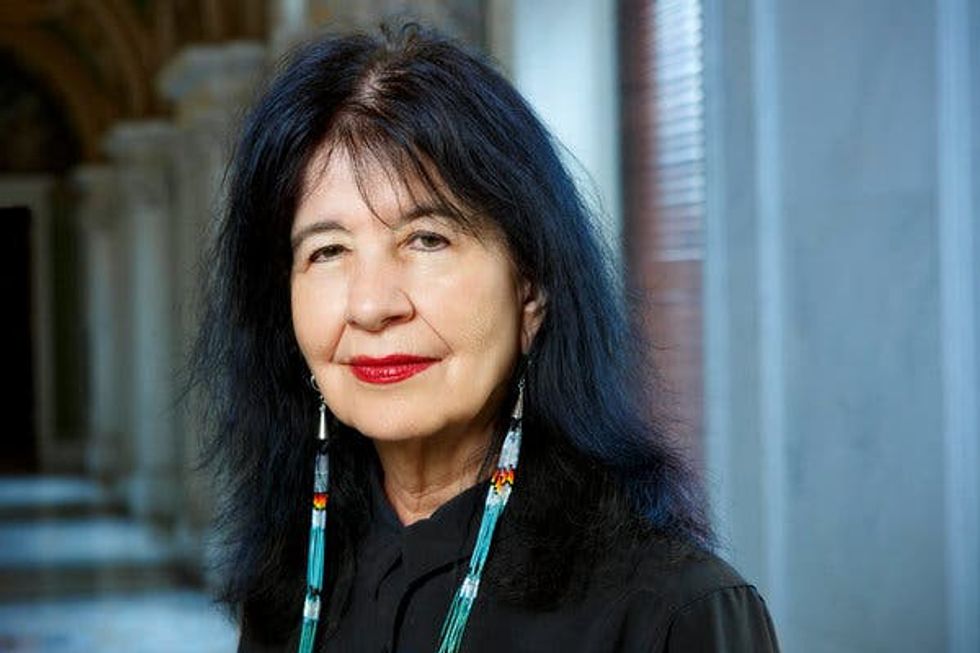 Not only can poetry foster a love of language, it can also help create tolerance for cultures that have been erased throughout history. Joy Harjo, a member of the Muscogee Creek Nation, has been selected as the 23rd U.S. poet laureate consultant in poetry. Harjo will be the first Native American to hold the position of the “nation’s official poet,” and (albeit less significantly), the first Oklahoman to bear the title.

Harjo started writing in 1973, a time which she describes as “the beginning of a multicultural literary movement.” During this time, Harjo began meeting other poets, which made her feel the form was accessible. “It became a way to speak about especially Native women’s experiences at a time of great social change,” she said. Harjo has written eight books of poetry, in addition to her memoir and two books for young adults. Her book of poetry, In Mad Love and War, won the American Book Award. She has also taught at the University of California, Los Angeles, and the University of Tennessee.

Harjo says she has been serving as an unofficial poetry ambassador for years, and has introduced Native poetry to audiences who would otherwise be unfamiliar with it. “My poems are about confronting the kind of society that would diminish Native people, disappear us from the story of this country,” she said. Harjo’s poetry gives a voice to those who have had it taken away.

While Harjo’s heritage is important, she says she doesn’t consciously try to bring her culture into her poetry. Instead, "I think the culture is bringing me into it with poetry — that it's part of me," Harjo told NPR. "I don't think about it ... And so it doesn't necessarily become a self-conscious thing — it's just there ... When you grow up as a person in your culture, you have your culture and you're in it, but you're also in this American culture, and that's another layer."

Harjo is proud to become the first Native American poet laureate. "It's such an honoring for Native people in this country, when we've been so disappeared and disregarded," Harjo says. “I bear that honor on behalf of the people and my ancestors. So that's really exciting for me."

Harjo has yet to decide what she’ll focus on during her appointment, but she does plan on bringing people together. "Communities that normally would not sit with each other, I would love to see ... interchanges with poetry," Harjo says.

Harjo feels that this listening can help us transcend the divisiveness we’ve seem to have gotten ourselves into. "I really believe if people sit together and hear their deepest feelings and thoughts beyond political divisiveness, it makes connections. There's connections made that can't be made with politicized language," she says. Harjo just might be the poet laureate we’ve needed all along.