The ‘Libertarian Tip’ Is Changing How People Pay For Meals

“This is a personal gift” 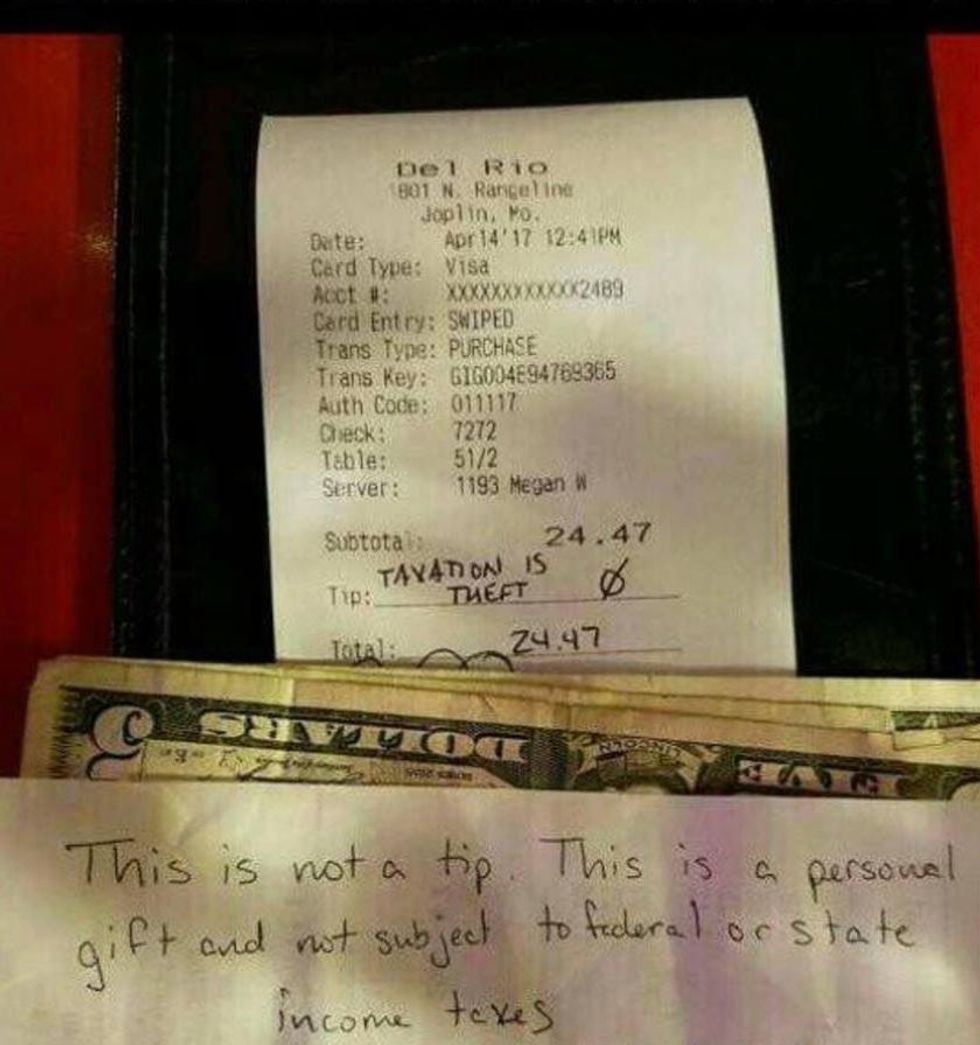 When we leave a tip at a restaurant after a meal, most of us probably assume that money goes directly into the pocket or our waiter or waitress. After all, tips are how so many in the service industry—unable to be dependent on wages typically well below the minimum wage—survive. But with few exceptions, tips are subject to regular taxation just like your salary or hourly wages, and those in the service industry often have to split their tips with their coworkers.

This new idea started with a post on social media, in which a Missouri diner left a generous “gift” of above 20 percent, but with a major caveat: The person technically put a big, fat zero in the tip spot and the not at all subtle “Taxation is theft” message on the receipt.

Under federal tax laws, small cash gifts are not taxable income. You know, like when your grandma sends you a $20 bill for your birthday.

In this case, the diner indicated that it wasn’t a “tip” and left behind cash and a note that read:

“This is not a tip. This is a personal gift and not subject to federal or state income taxes.”

That’s great for the waiter or waitress, who presumably gets to pocket all that sweet, sweet cash.

But it’s a bum deal for those who believe in government, as that money is no longer taxable and going to support things like health care, safe roads, or education.

And it’s unclear if such a practice would actually hold up to a legal challenge should the “libertarian tip” truly pick up momentum and become a genuine phenomenon. After all, intent counts for a lot in the courtroom, and it’s pretty obvious this customer was, in fact, tipping—even though a political point was made out of the whole affair.

The libertarian magazine Reason has a breakdown of how this all works (or doesn’t), along with its own attempt to replicate the libertarian tip.