The heartening news is that these people were reading so many books they couldn’t keep track of them. 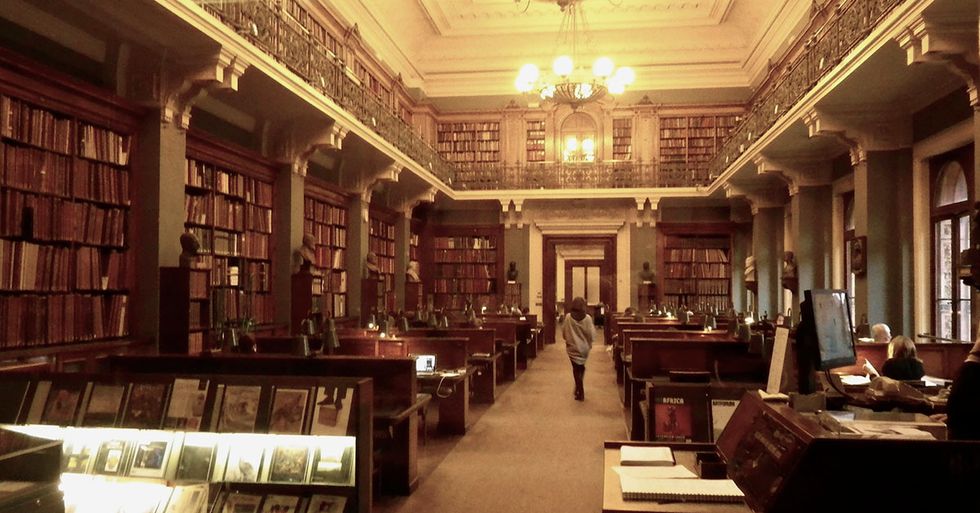 Anyone who’s seen “ Indiana Jones and the Last Crusade” or “ Ghostbusters” knows that exciting things CAN happen in libraries, and a recent (nonfictional) mystery solved by a library worker proves just that.

Library employee Georgia Grainger shared an intriguing saga on Twitter, in a fashion that suggests she could become a mystery writer if she’s looking for a career change. She was notified of a bizarre pattern of markings in the same parts of different books, and …we’ll let Georgia take it from there.

Our computers do it automatically but many have been doing it since before that was possible, so Esther might under… https://t.co/9n3ShIA533
— Georgia | Saoirse (@Georgia | Saoirse)1522779789.0

While Georgia was quick to point out that broadcasting this technique could lead to a resurgence of light-grade literary vandalism, if it comes as a result of people reading so many books they can’t keep track, that’s probably a trade-off librarians are willing to make.

I'm now concerned that the amount of people enjoying this thread means there's going to be a new spate of readers u… https://t.co/GrZ1gGCfiR
— Georgia | Saoirse (@Georgia | Saoirse)1522842183.0

If you’re facing a similar issue but can’t bring yourself to mark up a shared book, there’s always GoodReads, which allows users to track their reading in a digital format.