The Plague is Back in a Big Way

Madagascar’s bubonic outbreak is scary, but this time we’re (mostly) ready for it. 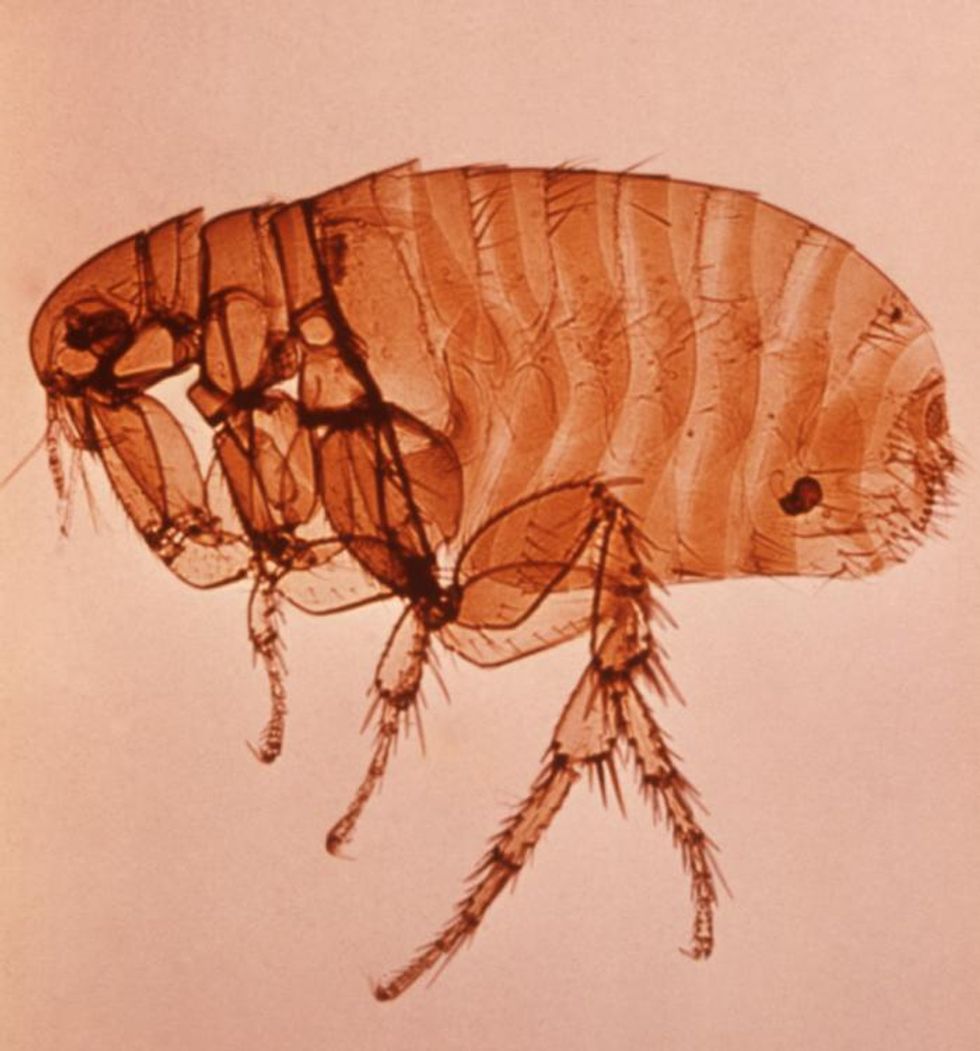 Around the time you were sitting down to a gluttonous Thanksgiving dinner with your family, health professionals in Madagascar were dealing with an unprecedented outbreak of plague. Also known as bubonic plague, this is the same disease that ravaged the world for a millennium—“the black death” wiped out about a third of Europe’s population in the 14th century. Since the outbreak began with the death of patient zero on August 31 in the rural western village of Soamahatamana, the disease has infected at least 138 and killed 47. Many worry there are signs that it could begin spreading rapidly. But neither Madagascar, nor the world at large is freaking out because after years of experience with this illness, we are confident that we know how to handle it. In an age of apocalyptic terror about Ebola, that sort of faith in our ability to handle one of our primeval fears is heartening and instructive.

Plague, AKA Yersinia pestis, is a multi-pronged disease that first cropped up in human history in the 6th century C.E., with major outbreaks occurring between the 14th and 17th centuries, and then again in the 1800s. In certain forms, it can be both highly contagious and lethal. Initially carried by fleas (and notoriously by rats, but really carried by any small, furry mammal), the disease thrives in unsanitary conditions, jumping to human hosts through bites and then becoming infectious through contact with infected bodily fluids.

Once in your body, plague injects the cells of your immune system with a toxin, disabling them and causing your lymph nodes to swell into black buboes (lumps around your armpits, groin, and neck). From there it causes cramps, fever, and seizures. The septicemic plague, one of two more deadly variants, will also go for the bloodstream, causing gangrene. But the second variant, pneumonic plague, a mutation in two percent of plague cases, becomes airborne between humans, killing within twenty-four hours. Although plague’s mortality rate is jagged, it can kill up to half of victims who are left untreated.

Spread of the Black Death in Europe by Andrei nacu

Although largely perceived as a historical malady, plague never truly vanished. Between 1,000 and 2,000 new cases, usually isolated, pop up in rural villages in about 25 countries each year. Although many of these cases occur in the developing world, the US has had its fair share of latter-day infections, including one last major outbreak in Los Angeles from 1924 to 1925.

But plague has become a major health concern in Madagascar in particular, where the disease disappeared in the 1930s, only to strike back with vengeance in the 1990s. Every year, during its October to March plague season, the island nation reports between 300 and 600 rural, isolated cases of plague, the highest of any nation. The problem has escalated as standards of living and sanitation conditions have suffered since the 2009 coup—the nation reported 60 deaths in 2012 and 84 cases with 32 deaths in 2013, including cases of pneumonic plague.

Yet none of these outbreaks have managed to spread, despite recent archaeological DNA evidence, which proves the modern plague is almost identical to the famous medieval pestilence. Part of the historical disease’s virulence was the poor health of pre-modern urbanites, who appear to have suffered from malnutrition-related diseases even before succumbing to plague in the filthy streets. And it helps that we also have antibiotics to treat the disease now. But we rarely need to break them out because we’ve learned effective rapid response, quarantine, flea control, prophylactic training, and protection regimens. Just before the Madagascar outbreak started, China (which lost 10 million to a plague epidemic in the 19th century) managed to quarantine 30,000 citizens in the city of Yumen in the western Gansu province, freezing an outbreak.

The rat flea, a carrier of the plague

But that’s not to say that worrying about the Madagascar outbreak is irrational. By late November, the plague had already developed a pneumonic strain and spread from rural towns, easily cordoned, to the 1.4-million-person capital of Antananarivo, a city with extremely poor living conditions. In a previous outbreak, Madagascar’s fleas showed that they’d developed limited pesticide immunity. And during a 2007 outbreak, the corpse of a sixteen-year-old victim revealed that he had died of a new strain of plague resistant to eight major antibiotics. The nightmare scenario is that one of these resistant agents enters Antananarivo, where epidemiologists will have trouble chasing it and health professionals won’t be able to do anything but cordon off the ill and treat their symptoms.

Yet despite all of these concerns, no one’s panicking. The usually vigilant US State Department has yet to even issue a travel warning to its citizens. And with officials from the local Pasteur Institute, Red Cross, and World Health Organization well funded, able to track cases as they emerge, and reacting immediately under well developed and proven effective guidelines, everyone seems confident that even the worst outbreak can be contained.

When plague first emerged, it wiped out whole cities because it was a new disease. We didn’t have antibiotics or quarantine procedures, but we learned about those things in part to battle pestis, one of our greatest historical foes. Years of experience have taught us how to render a still widespread disease close to impotent. That’s a good sign for tragedies like the Ebola outbreak—they are abominable losses of life, but no matter how bad they get or panicked we become, there’s reason to trust that we can and will learn, grow, and regain control. If we have the mettle to face down an unprecedented and possibly evolving Black Death with confidence and calm, we as a species have what it takes not just to survive, but to overcome.