A drama teacher had the best response to the mom who stopped her kids from taking classes with him after discovering he was gay. 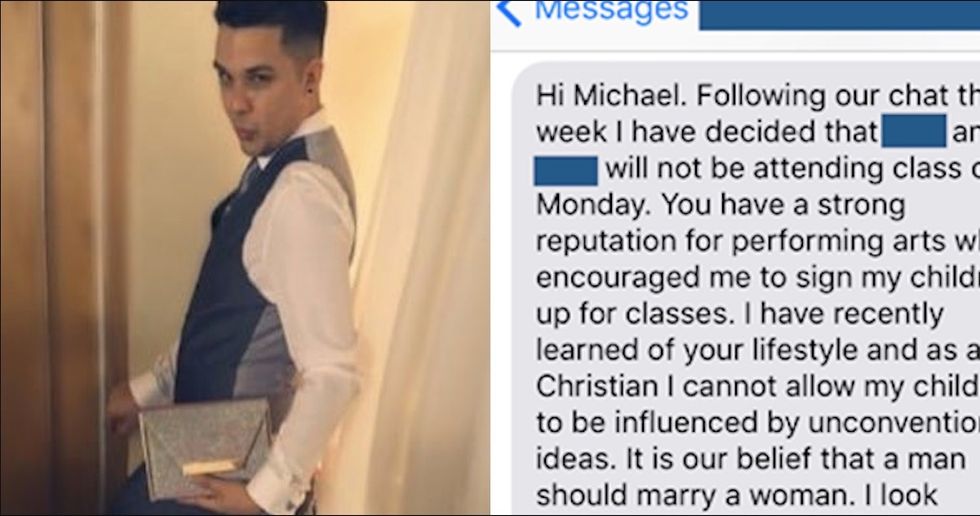 A drama teacher had the most polite "screw you" response to the mom who stopped her kids from taking classes with him upon discovering that he was gay. Michael Neri is a drama teacher from Kidderminster, England. He runs Talking Props Theatre School, a performing arts school for children ages 8 to 13.

A mother signed her kids up to take theater classes at Talking Props, but upon discovering that Neri was gay, texted him to let her know that she was withdrawing them, citing her "Christian" beliefs. He responded by gracefully shutting her down.

Look, lady, nobody has time for bigotry anymore. ESPECIALLY not in the performing arts.