Get ready to re-paint everything 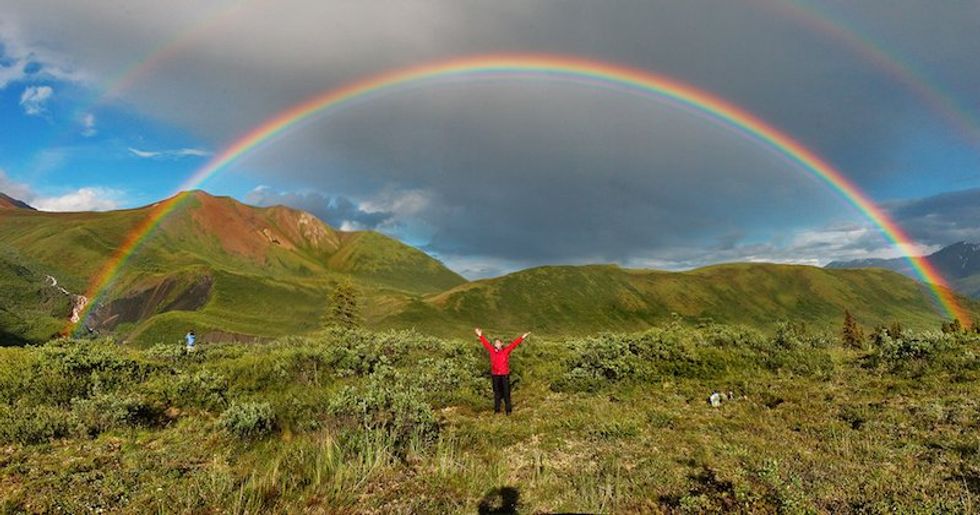 Some of the best inventions the world has ever known exist by chance alone.

The mighty Post-It Note only exists because a lab engineer at 3M failed to make a strong adhesive. The childhood wonder that is the Slinky was born after a naval engineer dropped a tension spring and watched it snake down the stairs. Even the tiny, crispy potato chip is only here because a chef messed up a simple fried potato.

Now, the mad scientists at Oregon State will bring the world its latest happy accident. While experimenting with new materials that “could be used in electronics applications,” chemist Subramanian and his team mixed manganese oxide with other chemicals and heated them in a furnace to nearly 2,000 degrees Fahrenheit. In so doing, Subramanian created a brand new color, according to a press release by Oregon State.

The new, vividly blue pigment, as Oregon State explains, forms because manganese ions absorb red and green wavelengths of light, but only reflect blue. The team named the color “YInMn Blue” after its chemical makeup.

“It was serendipity, actually; a happy, accidental discovery,” Subramanian said in the statement.

The discovery of the color was actually made way back in 2009. Sadly the beautiful hue languished in the annals of random invention history, until recently when OSU reached an exclusive licensing agreement with the Shepherd Color Company. The company took notice of the color not only because of its unique shade, but also for its unique properties.

Creating the color, Subramanian says, does not require any toxic chemicals.

“We already knew it had advantages of being more durable, safe and fairly easy to produce. Now it also appears to be a new candidate for energy efficiency,” Subramanian adds, referring to the color’s ability to reflect light and potentially keep buildings cool.

More good news: YInMn Blue could be just the first of many new colors to come. Geoffrey T. Peake, the research and development manager of the Shepherd Color Company, says in the statment, “This new blue pigment is a sign that there are new pigments to be discovered in the inorganic pigments family.”