“This decision will live in infamy” 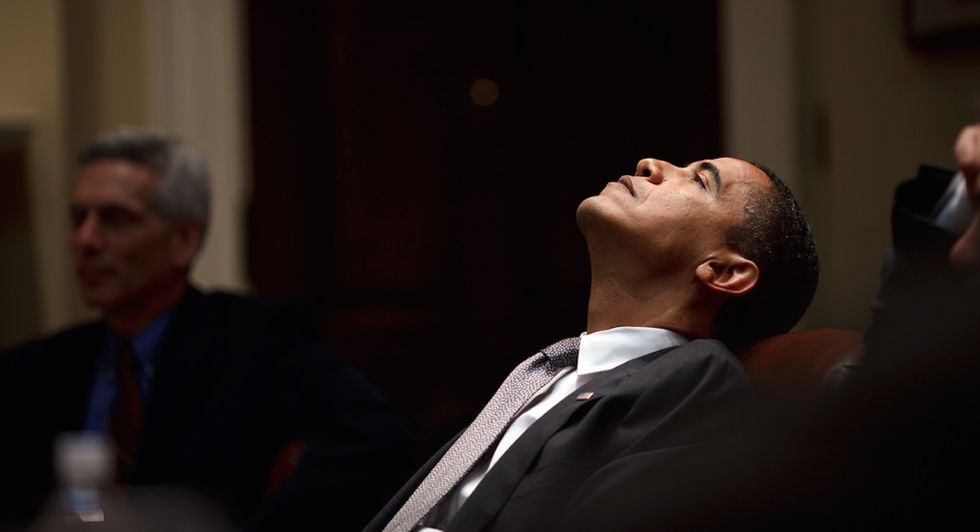 In defending his decision, Trump employed a study funded by the U.S. Chamber of Commerce that has been proven to contain misleading information. Essentially, the U.S. Chamber of Commerce’s Institute for 21st Century Energy claims that sticking to the climate agreement would lead to “economic hardship,” particularly for workers in the manufacturing sector. But as the World Resources Institute thoroughly points out, that conclusion is based on the most nonsensical, expensive route to economical and environmental progress—a route essentially out of the realm of possibility.

It’s telling that Trump chose to draw on that study alone. Meanwhile, there are hundreds (if not thousands) of peer-reviewed studies proving climate change is real and that it poses a serious threat to human health—a fact to which 97 percent of scientific experts can attest.

Alas, far more are disappointed than pleased by Trump’s decision to stall America’s progress. And while, legally, the United States can’t fully pull out of the Paris Agreement until 2020, it sets an alarming tone. As former President Barack Obama stated in a press release,

“The nations that remain in the Paris Agreement will be the nations that reap the benefits in jobs and industries created. I believe the United States of America should be at the front of the pack. But even in the absence of American leadership; even as this Administration joins a small handful of nations that reject the future; I’m confident that our states, cities, and businesses will step up and do even more to lead the way, and help protect for future generations the one planet we’ve got.”

Here’s what other world leaders and climate organizations have to say about this decision.

The United States joins Syria, Nicaragua & Russia in deciding not to participate with world's Paris Agreement. It's now up to cities to lead
— bill peduto (@bill peduto)1496347034.0

As the Mayor of Pittsburgh, I can assure you that we will follow the guidelines of the Paris Agreement for our peop… https://t.co/kOIEW44Odh
— bill peduto (@bill peduto)1496347422.0

“Austin will not stop fighting climate change. Worldwide, cities will lead in achieving climate treaty goals because so much of what’s required happens at the local level. Regardless of what happens around us, we're still Austin, Texas.”

“This decision will live in infamy. President Trump has chosen to retreat. It is a course that defies logic, ignores overwhelming scientific evidence, and disregards the advice of more than 1,000 business leaders who urged him stand up for climate action and our clean energy economy … If there can be a silver lining today, it is that this becomes a galvanizing moment for the majority of Americans who support clean energy, climate action, and U.S participation in the Paris Agreement … Together, we can take action and control our own future.”

Experts from the US Climate Action Network (CAN):

“Trump has no mandate from the public to weaken the Paris Agreement, and should not be making big decisions while under investigation. This cowardly failure to lead will only make us stronger as a movement as we push harder for just and equitable climate action.”

“Nations can do the best they can to secure their borders and uplift their economies. Climate change and environmental disasters recognize neither borders, nor respect mighty economies.”

“Climate change is not waiting for U.S. action and neither can the rest of the world. … The majority of Americans do not support Trump and his fossil fuel agenda that puts corporate profits above people. The struggle to create real, deep change continues in the U.S. The resistance to Trump is strong and it is growing."