It’s just the right thing to do. 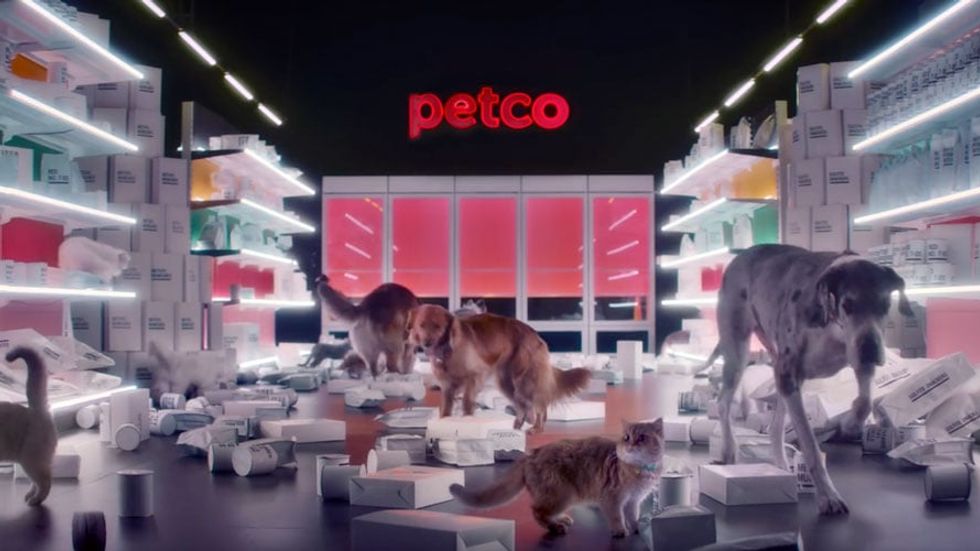 People are getting more and more conscious about the food we put into our bodies. And slowly but surely the food we buy for our animal companions is starting to catch up.

In a move that will have repercussions across the pet food industry, Petco announced they are removing all artificial ingredients from cat and dog food products sold in their stores, starting May 1.

“Last year, we put the entire pet industry on notice by introducing new standards for nutrition, because we firmly believe it’s the right thing to do for pets,” Petco CMO Tariq Hassan said in a statement.

“This campaign breathes life into that decision and the journey that lies ahead for Petco. It’s a departure from anything we’ve done before and a direct reflection of our ongoing brand transformation to meet the evolving demands of pet parents.”

So, why the big change at Petco? The company has a long history of staying ahead of the curve when it comes to animal wellness. It also is smart business. In 2016, natural pet food sales exploded into an $8.2 billion dollar business and the market is steadily growing each year.

Petco’s CEO Ron Coughlin made the announcement in November 2108 with plans to start replacing the items in January and completing the transition by May 2019. In his letter, Coughlin wrote:

We're raising the bar and stepping out ahead of the industry. Not because it's an easy thing to do, but because we believe it's the right thing to do.

The announcement demonstrates a measurable turning point where a major retailer is putting itself out front to intersect with the growing needs and demands of its consumer base. Even more importantly, it’s a sign of corporate responsibility where Petco is choosing to lead on behalf of the millions of customers who aren’t paying close attention to what goes into their cat and dog food products.

At the start of the video, a group of cats are doing their thing, knocking containers off of shelves and living their best lives. But in this case, they’re destroying containers marked with the artificial ingredients Petco is promising to do away with.

Halfway into the video, they are joined by a group of equally enthusiastic dogs who start tearing about the darkly lit Petco store that’s home to all of the artificial products. Finally, several people dressed as Petco workers enter the store and get in on the action as well.

By May 1, Petco says they will be the only major pet food retailer in the world to remove all artificial preservatives and artificial flavoring/colors from cat and dog food products sold in their stores.

It’s a powerful step toward ensuring our furry friends have the kind of healthy, nutritious lives we’re increasingly demanding for ourselves.