Have we already had a gay president? Pete Buttigieg thinks so.

”I would imagine we've probably had excellent presidents who were gay.” 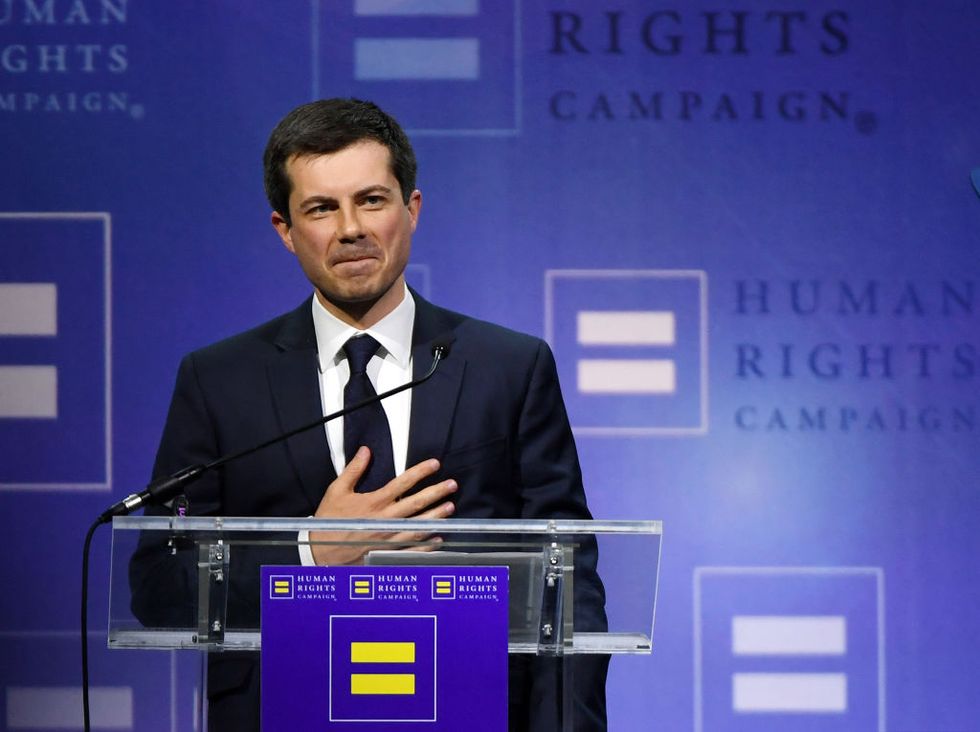 During an interview with Axios on HBO, Buttigieg was asked, “If you were to win the nomination, they'll say you're too young, too liberal, too gay to be commander-in-chief. You are young. You are a liberal. You are gay. How will you respond?"

There have been 44 different men to hold the office (Grover Cleveland was president two non-consecutive times), and Buttigieg says, “statistically, it's almost certain" that one of them was gay. According to a study conducted by the William Institute at UCLA School of Law in 2018, an estimated 4.5 percent of the U.S. population is LGBTQ. As to which ones preferred the company of men, Buttigieg isn’t sure. “My gaydar even doesn't work that well in the present, let alone retroactively. But one can only assume that's the case." Damn. Not that it matters, but we wanted him to name some names.

Buttigieg is the second openly gay man to run for president. He came out in 2015 before he was elected to his second term as mayor of South Bend, Indiana, and is married to Chasten Glezman, a junior high school teacher.

It’s been speculated that our only confirmed bachelor president James Buchanan was gay, and was in a relationship with politician William Rufus King. Buchanan and King “were roommates” before Buchanan became president.

But really, who knows? And who cares? Even if you disagree with Buttigieg’s policies, you have to admit he’s got a point. Whether or not someone can do the job is more important than their sexual orientation or their age.