Prince Harry and Oprah Winfrey are joining forces on a new documentary series about mental health and well-being.

“I truly believe that good mental health — mental fitness — is the key to powerful leadership, productive communities, and a purpose-driven self.” 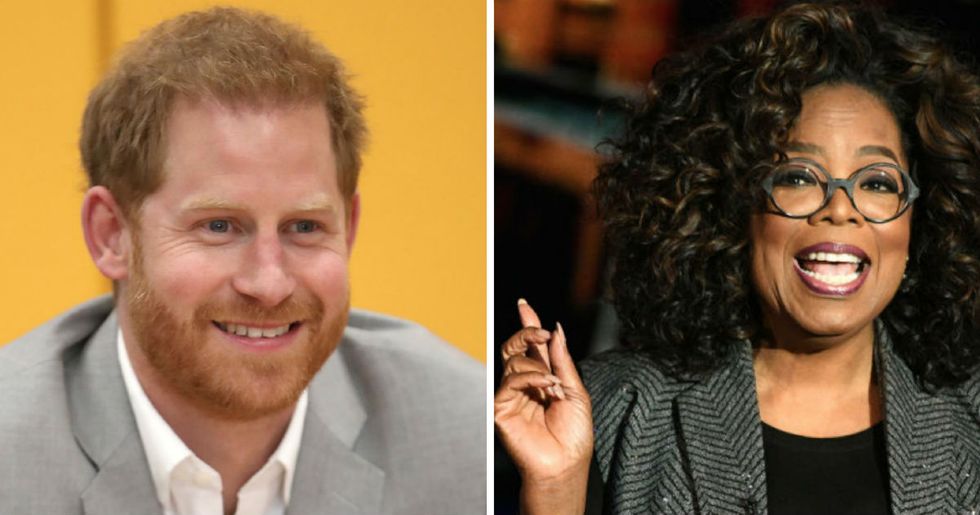 The pair will be co-creators and executive producers of the series, according to an announcement on Wednesday from Kensington Palace via Harry and Meghan’s new Instagram account, SussexRoyal.

The multi-part series is due to be broadcast next year on the recently announced US streaming service, Apple TV+, which will launch this autumn. It’s not yet known, however, how viewers in the UK will be able to watch.

According to the statement, the show will “focus on both mental illness and mental wellness, inspiring viewers to have an honest conversation about the challenges each of us faces, and how to equip ourselves with the tools to not simply survive, but to thrive.”

The palace said the series would build on the Duke of Sussex’s extensive work on mental health.

Harry has previously spoken out about the “quite serious effect” the death of his mother, Princess Diana, had on his life, and said that he has “probably been very close to a complete breakdown on numerous occasions.”

“I truly believe that good mental health — mental fitness — is the key to powerful leadership, productive communities, and a purpose-driven self,” said Harry, in a statement about the documentary.

He also revealed that he feels the “huge responsibility to get this right as we bring you the facts, the science, and the awareness of a subject that is so relevant during these times.”

“Our hope is that this series will be positive, enlightening, and inclusive — sharing global stories of unparalleled human spirit fighting back from the darkest places, and the opportunity for us to understand ourselves and those around us better,” he said.

Harry has previously been very involved in raising awareness and advocating around the issue of mental health.

“His Royal Highness has spent many years working with communities throughout the UK and young people across the Commonwealth to break the stigma surrounding mental illness and broaden the conversation of mental wellness to accelerate change for a more compassionate, connected, and positive society,” the palace statement added.

According to the World Health Organisation (WHO), half of all mental illness begins by the age of 14 — but most cases go undetected and untreated.

“Fortunately, there is a growing recognition of the importance of helping young people build mental resilience, from the earliest ages, in order to cope with the challenges of today’s world,” it adds.

“Evidence is growing that promoting and protecting adolescent health brings benefits not just to adolescents’ health, both in the short- and the long-term, but also to economies and society, with healthy young adults able to make greater contributions to the workforce, their families, and communities and society as a whole,” it says.

The WHO also adds that specific focus and investment should be given to programmes that work to “raise awareness among adolescents and young adults of ways to look after their mental health and to help peers, parents, and teachers know how to support their friends, children, and students.”

This article originally appeared on Global Citizen. You can find the original story here.