“Everything in my world is three-dimensional.” 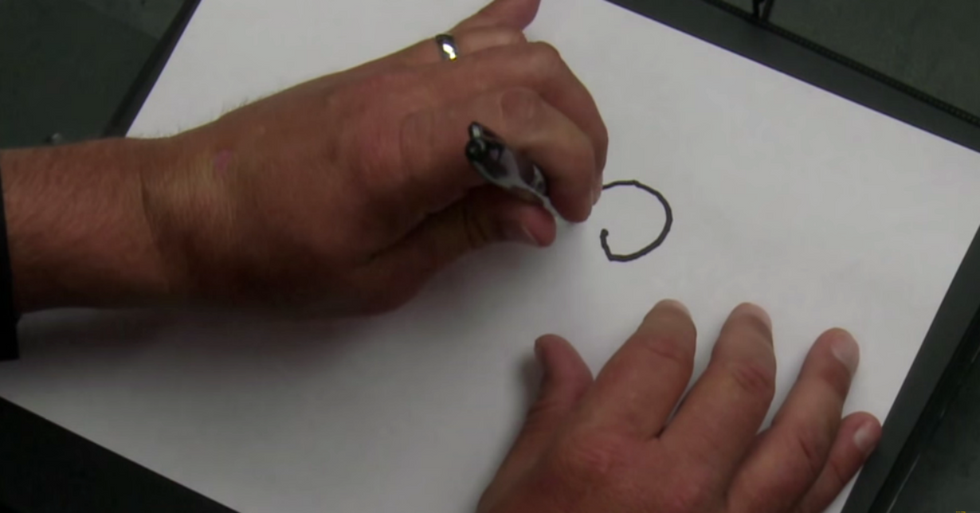 Perspective is powerful in both art and life. The Mona Lisa would be a completely different painting if it captured the woman’s profile instead of her full face. Perspective is also important when we choose how we see other people. Do we choose to make the effort and understand their points of view, or do we prefer to interpret their worlds from our own narrow perspectives? In the video below, Tommy Edison gives us some great perspective on both art and life.

Edison, also known as “The Blind Film Critic,” has a YouTube channel where he discusses the funny side of being blind and explains how he does things that sighted people take for granted. In the video below, Edison asked his Twitter followers to suggest things for him to draw based on how he thinks they look.

Being blind gives Edison a unique take on things. “Everything in my world is three-dimensional,” he says in the video. “So it’s very difficult for me to imagine putting a three-dimensional thing on a flat piece of paper. Like, it doesn’t make sense to me.” Some requests, such as a rainbow, were off-limits because he had never experienced them. Edison also found drawing to be difficult because he’d forget where his hand was on the page in relationship to objects he’d already drawn.