Bill and Melinda Gates had a surprising answer when asked about a 70 percent tax on the wealthiest Americans.

They make some great points. 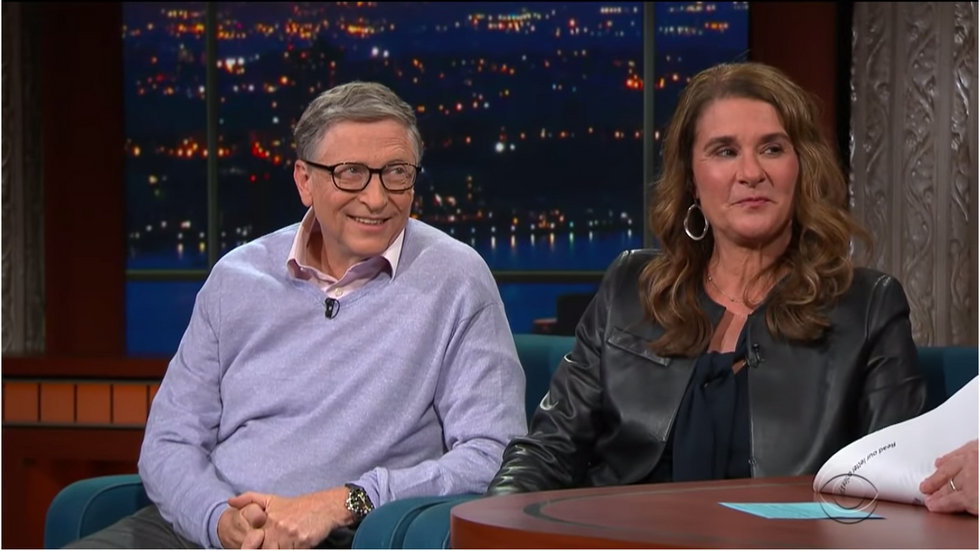 The Annual Letter from Bill and Melinda Gates is a big deal. As two of the wealthiest people on Earth, they have intentionally been transforming that massive wealth into world-changing philanthropic efforts, setting an example for the most fortunate and privileged people around the globe. It’s not about how much wealth you acquire but what you do with it.

The whole letter is worth a read.

In an interview with Stephen Colbert, Bill and Melinda Gates were asked what they thought about some of the recent debates over how much money is “too much” and whether billionaires should even exist in a world where billions still struggle for access to quality healthcare, education, and other basic needs.

Here are some highlights from their interview:

On the argument that billionaires shouldn’t exist, Bill Gates said:

“Well, we might be biased. I think you can make the tax system take a much higher portion from people with great wealth.”

On a proposed 70 percent tax on the “ultra-wealthy” recently floated by some politicians, including Rep Alexandria Ocasio-Cortez, he added:

“These great fortunes were not made through ordinary income. So, you probably have to look to the capital gains rate, and the estate tax, if you want to create more equity there. So, I think that’s a great debate. I think if you go so far as to say there’s a total upper limit, that might have some more negatives than positives. But I may have a distorted view of this.”

Melinda Gates weighed in as well when asked “how well it’s worked out” in nations that do have much higher tax rates imposed on their wealthiest citizens:

“Not necessarily that well. In fact, there are many times where you are in France and they will say, ‘Gosh, we wish we could have a Bill Gates. We wish we could have such a vibrant tech sector. But the taxes there have been done in such a way that it doesn’t stimulate good growth. We believe in a good tax system that should tax the wealthy more than low-income people for sure.”

“Philanthropy can never make up for taxes but it is that catalytic wedge where we can try things, we can do innovations that you wouldn’t want your government to do with tax dollars. But it is your government that has to scale up things like health care and education.”

And if you don’t have time to read the entire Gates annual letter, here is a list of 9 things they say surprised them in 2018: