Billie Eilish opened up to Ellen DeGeneres about living with Tourette syndrome.

She was forced to discuss her diagnosis when videos of her tics began surfacing on social media. 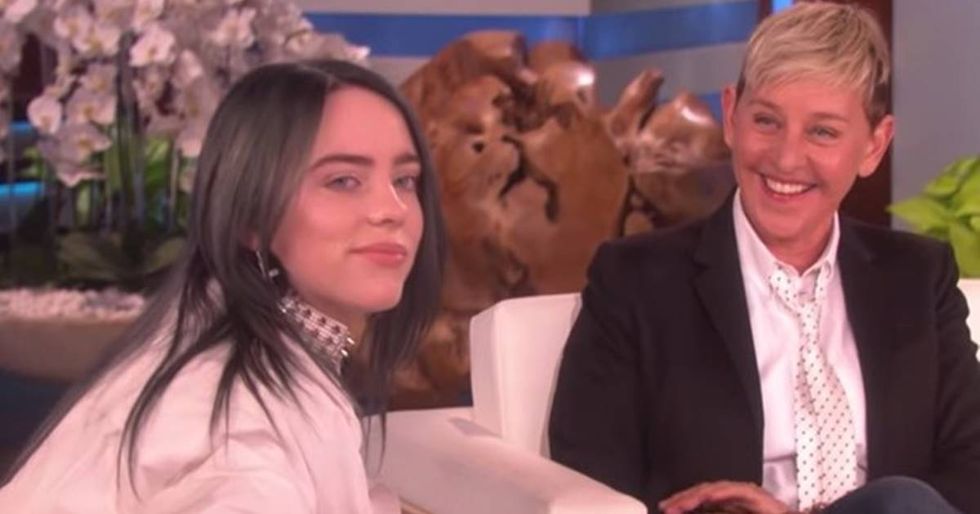 To say Billie Eilish has exploded onto the music scene would be an understatement. She recently broke the record for female artists by charting 13 songs in the Billboard Hot 100 simultaneously.

Her new album “When We All Fall Asleep, Where Do We Go?” sold over 300,000 units in the first week of release, making the 17-year-old youngest woman to top the chart since Demi Lovato in 2009.

All of the recent media attention she’s received has forced the “Bad Guy” singer to address a personal issue that she hoped to keep private: she has Tourette syndrome.

Tourette syndrome causes those with the disorder to have involuntary bodily tics such as shoulder shrugging, head jerking or blinking. It can also cause people to blurt out unusual sounds or offensive words.

Eilish can normally control her tics when she’s on camera, but in a pre-taped interview, she didn’t hold back, thinking they wouldn’t be in the final edited version. But the footage was released unedited and her tics caused a stir on social media.

“I’m sitting there answering the questions and I’m like *TIC* and everyone’s like, ‘That’s so funny!’ ” she told Ellen Degeneres. So to clear things up, Eilish bravely posted about her disorder on Instagram.

“My tics are only physical and not super noticeable to others if you’re not really paying attention,” Billie wrote in the post. “These compilations ya’ll been making of my tics are lowkey funny even when ya’ll make fun of them n shit. I know you’re all confused so as to what it is, so just to let ya know..it’s Tourettes.”

She also revealed that she’s taught herself ways of “suppressing” the tics but that only makes things worse “after the moment is over.”

“It’s something I’ve lived with my whole life,” Eilish told Degeneres. “Everybody in my family, all my friends, all the people that are closest to me know I have it and it’s not anything different.”

Eilish says she didn’t come out about having the disorder until it became a conversation among her fans. “I just never said anything because I didn’t want that to define who I was,” she told Degeneres. “I didn’t want it to be ‘Billie Eilish — the artist with Tourettes.’”