You can buy one on Etsy. 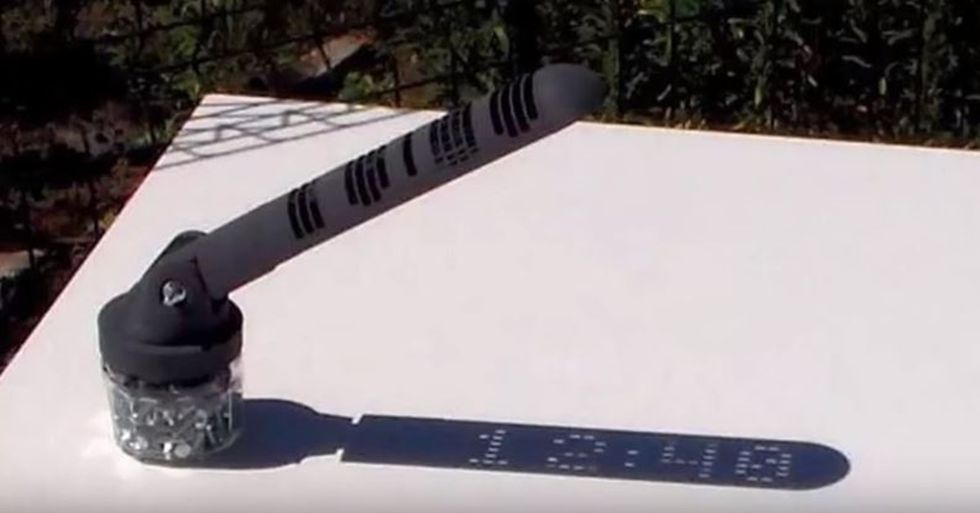 Cavemen must have been perpetually late, given that humans didn’t get around to inventing the sundial until 1500 BCE. The first attempts at measuring time via sun movement were shadow clocks created by the Egyptians and Babylonians. These led to the sundial, an instrument that tells time by measuring shadows cast by the sun on a dial plate. Sundials were our preferred method of timekeeping until the mechanical clock was invented in 14th-century Europe.

In 1972, Hamilton introduced the world’s first digital watch. Its $2,000 price tag was hefty, but by the ’80s, digital watches became affordable for the average person. Now, both technologies have merged in a cool invention, the digital sundial. Created by French Etsy seller Mojoptix, this outdoor clock uses the patterns on a suspended wand to mold natural shadows into a digital-looking time readout. The digital sundial has two major drawbacks: It only reports the time in 20-minute intervals, and it’s not very effective after sundown. But it sure does look cool.

Here’s the digital sundial in action!