This Haitian Classroom Lacked Books, Until These College Students Stepped In

A college French class decided the best way to learn a language was to use that language—for an awesome cause. 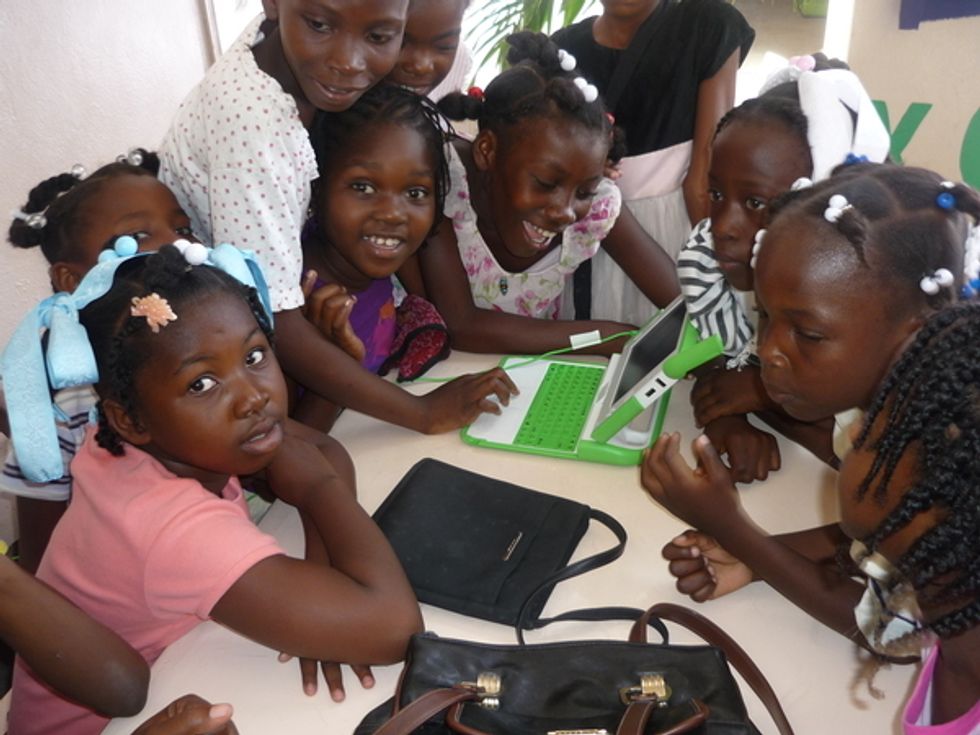 Nearly 50 percent of Haitian children don’t attend primary school, and over 90 percent of Hatian schools are privately operated. Education is a critical, but often lacking, resource in Haiti, which is why college professor Jennifer Latham Shotwell stepped in. Students in her French classes were encouraged to design their own children’s books in French, ultimately donating 90 original books to over 600 Haitian schoolchildren.

While most Haitian children speak Creole, French is taught in schools and students must master the language in order to progress. Since Shotwell was already busy teaching her college students French, she thought she’d put their skills to good use, encouraging them to make children’s books, then donate. As the professor explained on her Kickstarter:

“I was there in 2013, I noticed a lack of reading materials in the languages which most Haitians speak or are learning in school—French and Haitian Creole. Young Haitian readers … often receive donations of books in English from the U.S., but I was convinced that my students and I could help by providing original books in French, the language which is so important to their education.”

According to USA Today, Shotwell had made previous donations to Haitian schools, but they were printed in books that quickly fell apart. For this project, Shotwell raised money to make sure the books got good, solid covers that would undoubtedly last.

To learn more about Shotwell’s project and the stories her students created (warning: there is very lovable dinosaur content), check out their Kickstarter here.