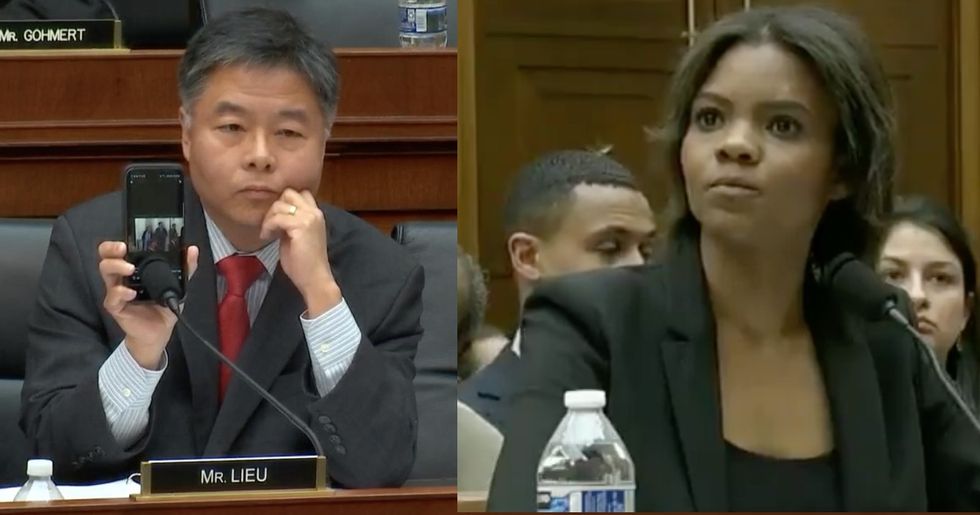 In April, the House Judiciary Committee hosted a hearing on Hate Crimes and the Rise of White Nationalism. How big an issue is extremism on the internet? It’s such a big issue that the hearing about hate speech was immediately inundated with hate speech.

The Democrats in the majority invited witnesses including Dr. Mohammad Abu-Salha, whose two daughters and son-in-law were murdered in an anti-Muslim hate crime. Republicans, on their end, brought in InfoWars alumna and fan of Hitler’s early work, Candace Owens.

For those lucky enough to be unfamiliar with who this “Candace Owens” person is, she is like the Tomi Lahren of Omarosas. She’s the conservative political commentator the New Zealand terrorist called his biggest influence and BFFs with Don Jr., which does, in fact, make her an expert on hate crimes.

Congressman Ted Lieu, a representative from California, was openly upset about his Republican colleagues making a mockery of what should be an important hearing by inviting a professional Twitter troll.

Lieu tweeted out a link to the time when Owens defended Hitler’s domestic policies of Making Germany Great Again, even though those policies involved exterminating Jewish people.

In Congressional hearings, the minority party gets to select its own witnesses. The @GOP picked Candace Owens to te… https://t.co/TetUaHu4I5
— Ted Lieu (@Ted Lieu) 1554815411.0

“If Hitler just wanted to make Germany great and have things run well, okay fine. The problem is ... he had dreams outside of Germany. He wanted to globalize. He wanted everybody to be German,” she told an audience in London in February.

Call me old fashioned, but I think that “the problem” with Hitler wasn’t just that he had international ambitions—it’s that he was committing genocide.

Lieu played the clip at the hearing and Owens was not happy.

Owens attempted to defend herself by accusing Rep. Lieu of anti-black bias.

Candace Owens: "I think it's pretty apparent that Mr. Lieu believes that black people are stupid and will not pursu… https://t.co/t8FDpAfrqZ
— CSPAN (@CSPAN) 1554832500.0

Lieu responded on Twitter by once again tweeting out the whole clip.

Other highlights of Owens appearance with the world’s finest legislative body include lying about Richard Nixon’s Southern Strategy and making the GOP happy with her commitment to “triggering the libs.”