NSFW: A student collected over 300 d**k pics on Tinder and turned them into an art project 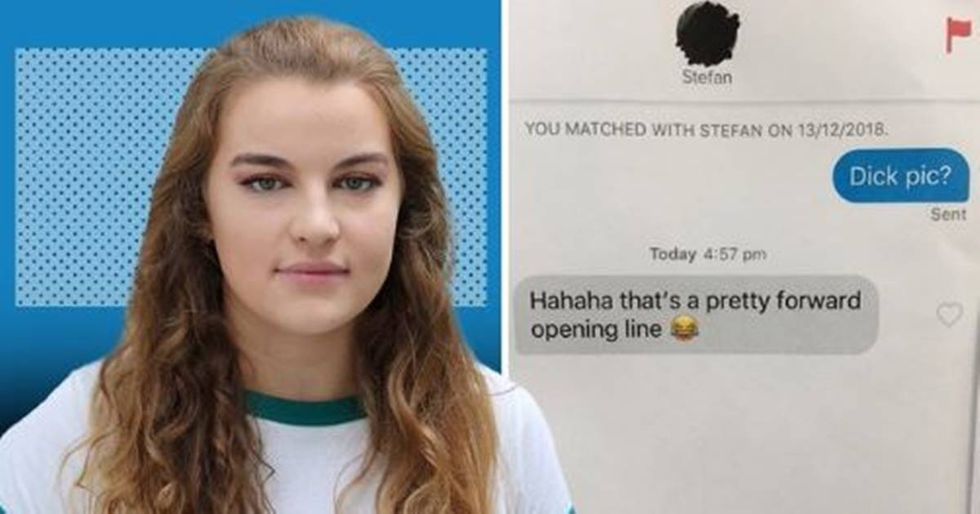 The dick pic phenomenon is one of the stranger outcomes of the Tinder era. A YouGov poll found that 27 percent of millennial men have sent one to a woman and 53 percent of women have received one. Of these women, a whopping 78 percent say they've received them without asking.

What causes men to send pics of their junk? A new study presented at the Society for the Scientific Study of Sexuality in Montreal said, “men who had reported having sent unsolicited dick pics showed higher levels of narcissism relative to men who had never sent such images."

“They also demonstrated higher levels of both hostile (overtly negative views of women) and benevolent (woman-on-a-pedestal) sexism," the study read.

So be warned. If a man sends you a dick pic, it's a major red flag.

Francesca Harris, a 21-year-old fine art student from the University of Northampton, in England, decided to share her thoughts on the dick pic craze through her art.

“It's such a prominent thing in the world of modern dating," she told the Metro. “It's become the norm. Sometimes you can be having a conversation with somebody and bam, they get it in their head that you're after a picture of their penis and they send it through."

Harris put on her Tinder bio that she was collecting dick pics for an art project called The Modern Male. She asked every man she matched with for a pic and over a third came through with one.

“I was still shocked by the number of guys who did it though, even though I was expecting it," she said. “I had to turn off my notifications as it kept crashing my phone."

In the end, she received over 300 pics, and then painted 140 of them. Her project debuted in early July at The Old Truman Brewery in London.

Harris hopes the piece challenges men to rethink their willingness to send pics of their Johnson without permission. “I want people to reflect and understand why they are so uncomfortable with seeing male genitalia," she said. “If men could think twice about sending unsolicited dick pics that would be great."