Dan Rather Has A Message For Journalists Normalizing Trump’s Lies 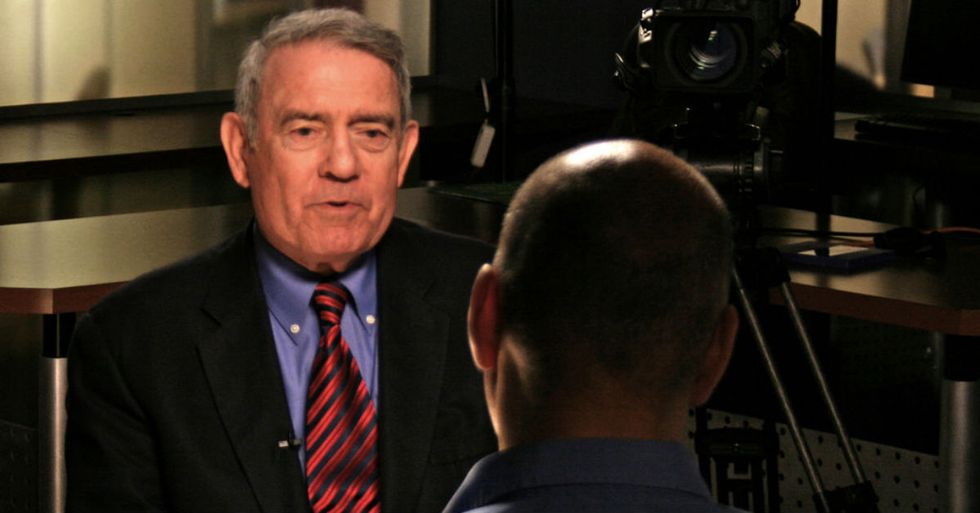 Dan Rather is not fading gently into the night. The 85-year-old former CBS news anchor penned a powerful letter on his Facebook page about how his fellow journalists should handle reporting on Donald Trump’s lies:

“It is not the proper role of journalists to meet lies—especially from someone of Mr. Trump’s stature and power—by hiding behind semantics and euphemisms. Our role is to call it as we see it, based on solid reporting. When something is, in fact, a demonstrable lie, it is our responsibility to say so.”

The letter came in response to an interview with Wall Street Journal editor Gerard Baker, who told NBC’s “Meet the Press” host Chuck Todd that reporters should be careful about calling President-elect Trump a liar. In that interview, Baker said:

“I'd be careful about using the word, ‘lie."’’Lie’ implies much more than just saying something that's false. It implies a deliberate intent to mislead,” Baker said. “I think if you start ascribing a moral intent, as it were, to someone by saying that they've lied, I think you run the risk that you look like you are, like you're not being objective.”

Rather echoed some of Baker’s comments about the importance of reporters and editors putting facts first. And he made it clear he’s not attacking Baker or the publication personally. But he also said the media has a special and vital role to play in this truly unprecedented time when one of the few things we can count on from our incoming commander-in-chief is that he has a very fragile relationship with the truth:

“There is no joy in taking issue with the Journal’s chief editor. His newspaper is a publication for which I have deep respect for the overall quality of its reporting. But, as I have said before and will say as long as people are willing to listen, this is a gut check moment for the press. We are being confronted by versions of what are claimed to be “the truth” that resemble something spewed out by a fertilizer-spreader in a wind tunnel.”

Rather’s letter quickly went viral, with more than 75,000 likes and 30,000 shares on Facebook alone. The Texas native may have stepped out of the spotlight but it’s a reminder that those unwilling to speak truth to power, journalism’s preeminent mission as the fourth estate in government, are more important than ever.