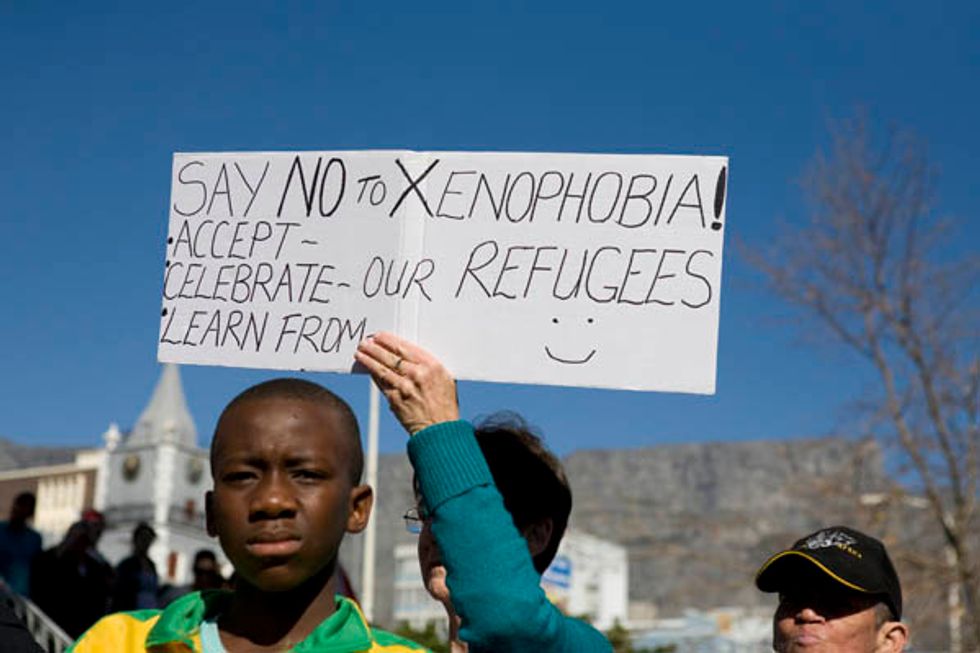 The verdict is in: 2016 has not been a good year. Tragic deaths, ongoing wars, and a brutal election season make 2016 a year to forget.

Adding to this, Dictionary.com, an online reference, named “xenophobia” their word of the year after a populist, nativist backlash has grown in strength in the United States and the United Kingdom, in particular.​

“This particular year saw fear rising to the surface of cultural discourse,” the site said in a statement announcing the choice of “xenophobia.”

The word, which means “fear of strangers or foreigners,” comes from the Greek “xenos,” meaning foreigner, and “phobia,” which is the Greek word for fear.

Xenophobia is partially blamed for the Brexit vote, which saw the United Kingdom narrowly deciding to leave the European Union earlier this year. Supporters of Brexit focused heavily on fears of unchecked immigration.

In Trump’s first speech as candidate he said:

Trump has, of course, also suggested banning Muslims from the United States or, at the very least, screening them using some kind of religious test at U.S. borders.

Both the Brexit vote and the Trump election also elicited a rise in xenophobic hate crimes and speech against minorities.

Xenophobia in 2016 has not been limited to the United States and the United Kingdom. The Syrian refugee crisis has sparked a backlash in Europe against foreigners entering their countries en masse, particularly in Eastern Europe and the Balkans.

Foreign workers in South Africa have been targeted by native-born workers who fear their impact on the job market. Boat people from South and Southeast Asia have been turned away from Indonesia and Australia after fleeing conflict and searching for better prospects. Abuses of migrants and refugees in Middle Eastern countries is also rampant.