“No one is above the law, not even the president” 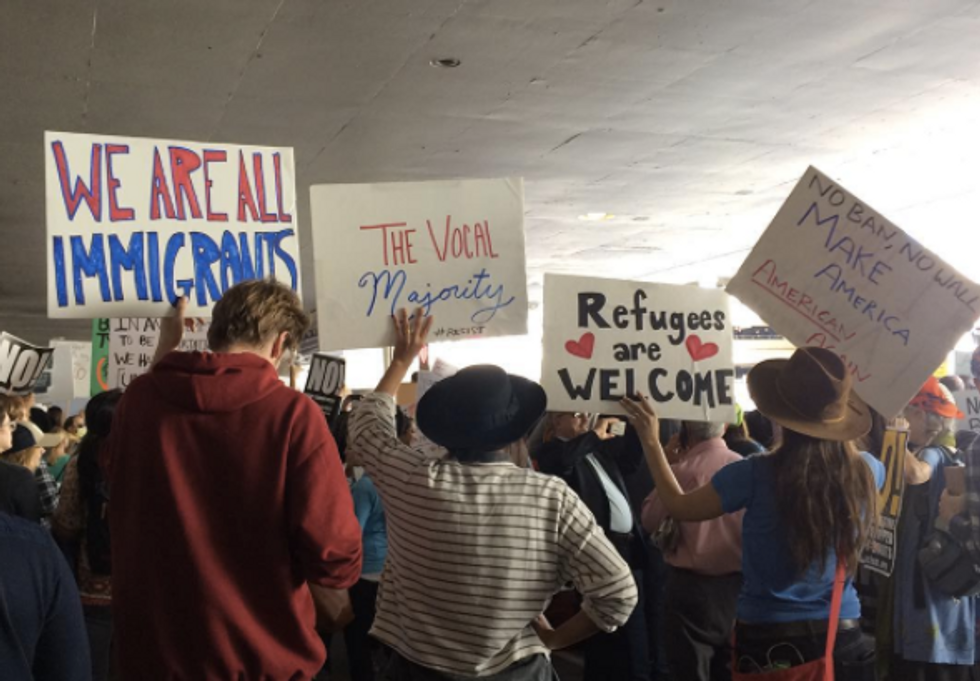 “The court concludes that the circumstances that brought it here today are such that we must intervene to fulfill the judiciary’s constitutional role in our tri-part government. Therefore, the court concludes that entry of the above-described (temporary restraining order) is necessary, and the State’s motion is hereby granted.”

Immediately following the ruling, the Department of Homeland Security announced that it had suspended all actions associated with the ban, resuming standard inspections of travelers, CNN reports.

Airlines also quickly took action following Robart’s ruling and began boarding passengers from the seven Muslim-majority nations Trump had banned. Qatar Airways, which serves many of the banned countries, tells NPR, "All refugees seeking admission presenting a valid, unexpired U.S. visa or Lawful Permanent Resident (LPR) card (Green Card) will be permitted to travel to the United States and will be processed accordingly upon arrival."

For his part, President Trump took to Twitter, his favored communications platform, to share his displeasure with the ruling.

Interesting that certain Middle-Eastern countries agree with the ban. They know if certain people are allowed in it's death & destruction!
— Donald J. Trump (@Donald J. Trump)1486213599.0

The opinion of this so-called judge, which essentially takes law-enforcement away from our country, is ridiculous and will be overturned!
— Donald J. Trump (@Donald J. Trump)1486213922.0

Beyond Trump’s tweets, the White House has vowed to appeal the ruling.

Trump’s characterization of the “so-called judge,” who was appointed by President George W. Bush, raised a few eyebrows, especially from Democrats. As CNN notes, Senate Minority Leader Chuck Schumer said Trump's criticism of the judge will be duly noted in the Supreme Court nomination of Neil Gorsuch.

"The President's attack on Judge James Robart, a Bush appointee who passed with 99 votes, shows a disdain for an independent judiciary that doesn't always bend to his wishes and a continued lack of respect for the Constitution, making it more important that the Supreme Court serve as an independent check on the administration. With each action testing the Constitution, and each personal attack on a judge, President Trump raises the bar even higher for Judge Gorsuch's nomination to serve on the Supreme Court. His ability to be an independent check will be front and center throughout the confirmation process."