The letter that preceded one of Hollywood’s most epic downfalls. 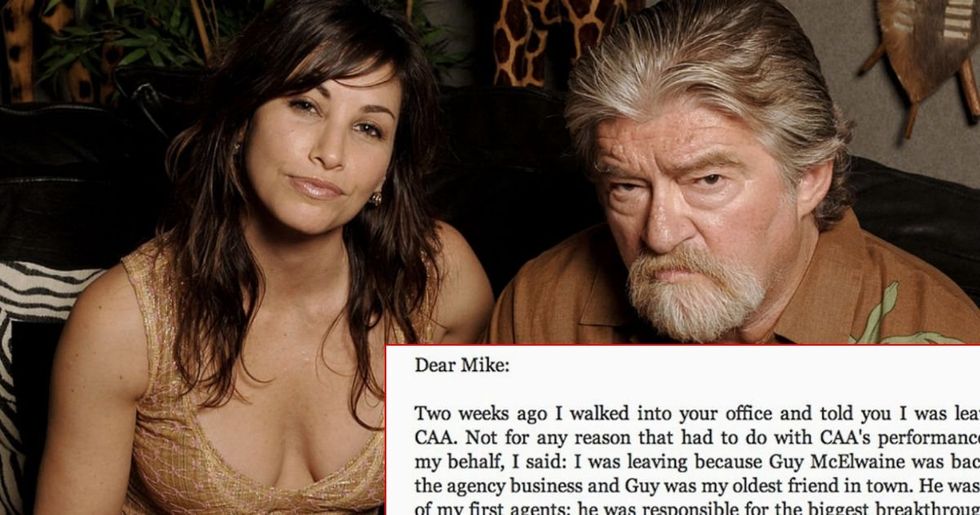 Hungarian-American screenwriter Joe Eszterhas grew up in a refugee camp in Austria. As a child, his parents fled Europe, eventually moving to New York City and then Cleveland, Ohio. He would become a writer for Rolling Stone and eventually contribute to the screenplay for the 1983 mega-hit “Flashdance." This led to an illustrious career that included writing the screenplays for “Jagged Edge" (1985), “Big Shots" (1987), and “Betrayed" (1988).

In 1989, shortly after he sold his screenplay for “Basic Instinct" for $3 million, Eszterhas told his powerful agent, Michael Ovitz, he was leaving Creative Artists Agency to join a rival.

Ovitz, who was known for his bullying, mob-like tactics, threatened to destroy Eszterhas' career. Eszterhas responded with a powerful letter defending himself, which was quickly circulated around Hollywood. After it hit the trades, other allegations of Ovtiz's tactics surfaced.

In the letter, Eszterhas reflected on his experience an immigrant and how it taught him to stand up for himself. “Maybe it's because I came to this country as a child and was the victim of a lot of bullying when I was an adolescent," he wrote. “But I always fought back; I was bloodied a lot, but I fought back."

The letter is now widely regarded as the catalyst for ending the despised agent's Hollywood career.

In 1995, Ovitz failed at negotiating a deal to run Universal Studios. He then had a disastrous one-year run as the president of the Walt Disney Company.

Here's the letter that took Hollywood by storm (via Letters of Note):

Note: “Rand Holston" was also an agent, employed by Ovitz at CAA.