A great move by FIFA. 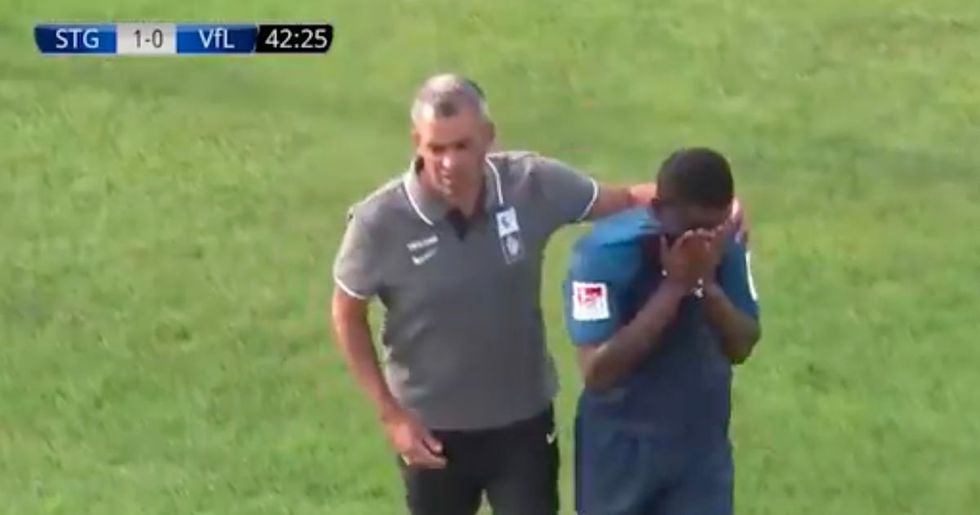 European soccer has a long, troubled history of racism and homophobia. In the 1970s and 80s, trailblazing black players had to hear monkey chants and endure bananas being thrown on the field during games.

Twenty-four-year-old Linton Harris, a player for Wymeswold FC in England recently quit playing the game altogether after being tired of racist chants and monkey noises directed at him.

FIFA, the governing body of association football, has just announced bold steps to curtail racism on the field and in the stands.

On July 11, it announced a new Disciplinary Code with updated rules for racism and discrimination that it claims will put it “at the forefront of the fight against this appalling attack on the fundamental human rights of individuals.”

The biggest change was that it empowers referees to end a game in a forfeit, handing the win to the visitors’ side, if there is persistent racism in the stands. The referees can end a game after a three-step protocol:

The decision is a bold step towards ending racist activity in the stands, but Deadspin’s Luis Paez-Pumar thinks it’s only paying lip-service to the problem because referees are currently empowered to halt games due to racism but it rarely happens.

“If refs were already reluctant to stop matches, how will they react now that stopping a match comes with such huge ramifications?” he wrote.

The new Disciplinary Code also increases the penalty for players engaging in racist or discriminatory activity on the field. Players who are caught engaging in bigoted activity will now be suspended for at least ten games.

FIFA’s tough, zero-tolerance rules are a welcome change that will hopefully have a positive effect on how players and fans behave. But the rules will only work if enforced.

“If FIFA wants to actually stop racist abuse from supporters, it will have to actively encourage referees to actually use the tools available to them for doing so,” Paez-Pumar wrote in Deadspin. “The organization does seem to be putting a lot of weight on this new rule change, which could imply a renewed commitment to combating racism.”