The new policy could create more problems than it solves 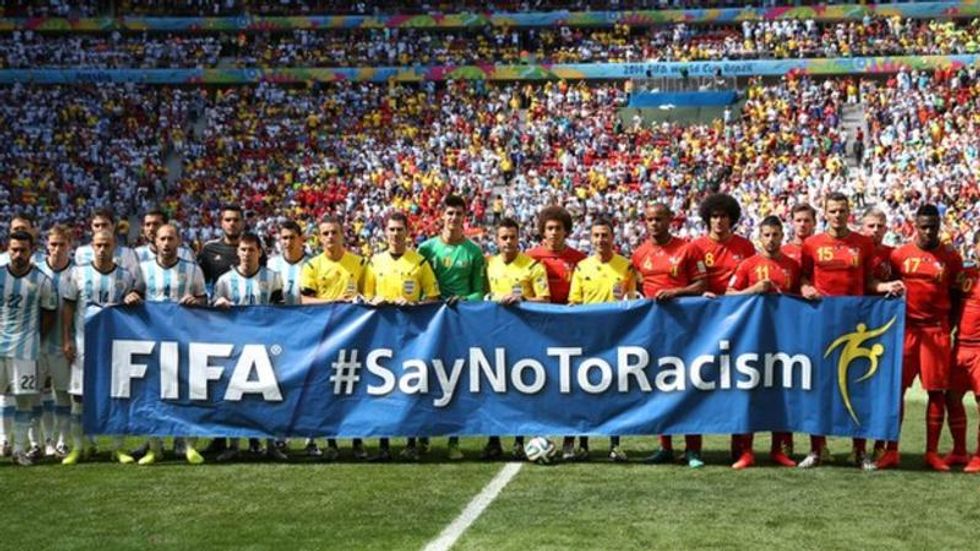 On the eve of the Confederations Cup in Russia, soccer’s international governing body, FIFA, has empowered referees to diffuse racial tensions taking place during a match.

At the refs’ discretion, they will now be authorized to abandon a match should they feel the fans are participating in racist behavior, regardless of whether it’s directed at players.

FIFA issued a statement with the new change in policy (via Deadspin):

Of course, abandoning a match in the face of rising tensions could have the unintended effect of sparking even more unrest among fans, a possibility that refs would have to consider prior to halting a match.

Russia also hosts the World Cup next year and is working to clean up its image as a country mired not only in racism but in intolerance of the LGBTQ community. As such, many feel that belying this new policy is the corruption that allowed for the controversial awarding of the next two World Cups to Russia and Qatar, both egregious violators of human rights.

Recently, a Carnival parade in Sochi produced photos of many overtly racist acts like blackface and the use of bananas as props to marginalize Africans.

Further, Russia has stood out as the country with perhaps the worst instances of hooliganism at soccer matches, a distinction that no doubt also led to the new FIFA policy.