Jasmine Richards was arrested right before a city council meeting on police misconduct. 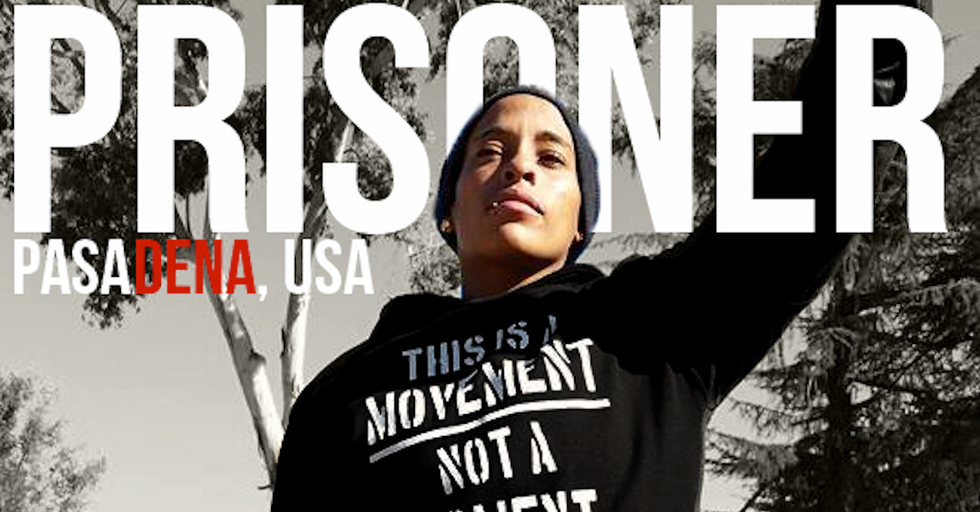 Black Lives Matter (BLM) is mounting a campaign to crowdfund $90,000 for the bail of 28-year-old Jasmine Richards, a Pasadena-based activist who was arrested on a slew of charges related to a protest against police brutality that she helped organize. Richards was arrested on Monday, just as she was preparing to appear at a City Council meeting to talk about the death of Kendrec McDade, an unarmed black teenager who was shot seven times and killed by Pasadena police officers in 2012.

“[Richards] has been working tirelessly to build a BLM Pasadena chapter, so black folks in Pasadena know their lives matter,” said BLM organizers in a statement. “Courageously, Jasmine reached out to Anya Slaughter, Kendrec McDade's mother, making sure that she had a community supporting her in seeking justice for Kendrec.”

Richards had been planning to show up at the City Council meeting with fellow activists this week to read details from a report which shows that the officers involved in McDade’s death made “tactical errors” in their pursuit. Instead, she was sitting in the city jail by late Monday afternoon, arrested on charges that include, “terrorist threats, assault, trespassing, failure to comply with orders of peace officers, disturbing the peace, not having a permit for amplified sound and petty theft.”

These charges were apparently filed after a protest held less than a week earlier. Organizers with Black Lives Matter believe they were filed in retaliation for Richards’ persistent efforts to hold the Pasadena police officer accountable for McDade’s death. They launched a campaign this week calling for her release.

“Jasmine Richards has been pivotal in making sure the families of those who have been murdered or brutalized by the police feel connected to and centered in the work we're doing,” BLM said in a statement.

To learn more about the fundraising initiative for Richards' bail, check out their Crowdrise page here or via the widget located on this page.