On this episode of “Star Talk,” Tyson picked Hawking’s brain “on everything, from the Big Bang to the origins of the universe.” 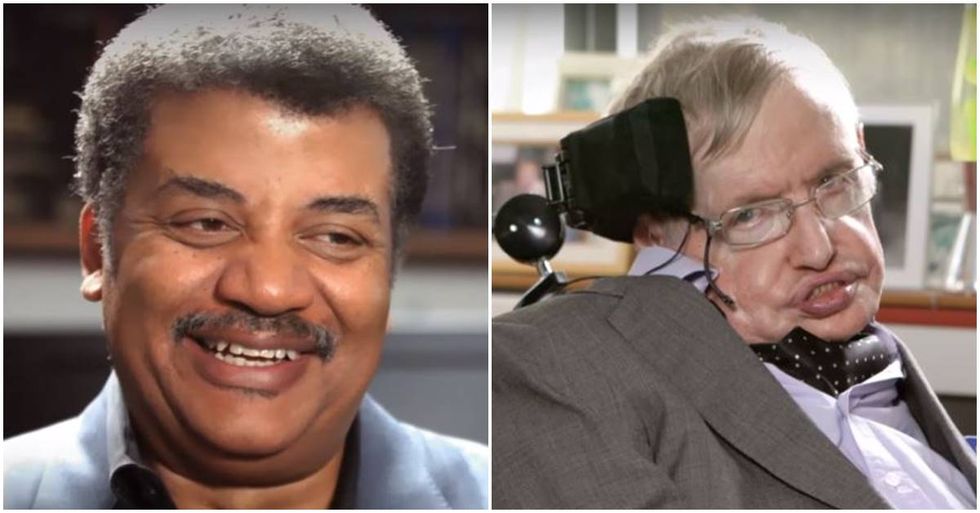 The National Geographic Channel has made one of Stephen Hawking’s final interviews available for free.

In the fall of 2017, America’s favorite astrophysicist and “Cosmos” star Neil deGrasse Tyson sat down with theoretical physicist, cosmologist, and author Stephen Hawking for what would be one of Hawking’s final interviews. The discussion aired during National Geographic TV’s “Star Talk” on March 10, 2018.

Hawking passed away four days later after living with amyotrophic lateral sclerosis (ALS) for over 50 years.

To commemorate Hawking’s amazing life and achievements, The National Geographic Channel has released Hawking’s episode of “Star Talk” for free and without commercials.

During the interview, Tyson asks Hawking about one of the universe’s greatest mysteries: What existed before the Big Bang? “Nothing was around before the Big Bang,” Hawking said. “According to Einstein’s General Theory of Relativity, space and time together form a space-time continuum or manifold which is not flat but curved by the matter and energy in it.”

The most poignant moment in the interview came when Tyson asked Hawking if he would like his brain “uploaded to a computer” so he could have consciousness after death. “Being immortal as solely a brain, I could see the future,” Hawking said, “unless I was terminated by someone switching off the computer or by a computer virus.”

When asked who his favorite person outside of science was, Hawking said Nelson Mandela. “He brought a peaceful solution to a seemingly impossible situation. There is no one of this stature today. Certainly not Donald Trump.”

At the end of the interview, Tyson said some beautiful words about Hawking — words that now read like a eulogy:

“Our greatest gift as a species is not our body. We’re not the fastest. We’re not the strongest. Our body hardly distinguishes itself in any way in the animal kingdom. Our greatest sort of gift in the Tree of Life is our mind and perhaps no one knows that better than Stephen Hawking. And so much so that he does not take his mind for granted, enabling him to go places that we might never even dream of, simply because he has power of mind where he has power from no other part of his body. So maybe it is we who are imprisoned. Thinking our body matters when in fact at the end of the day it’s really all about your thoughts, all about your dreams, all about how we react to our life experience in this world and share it with others.”