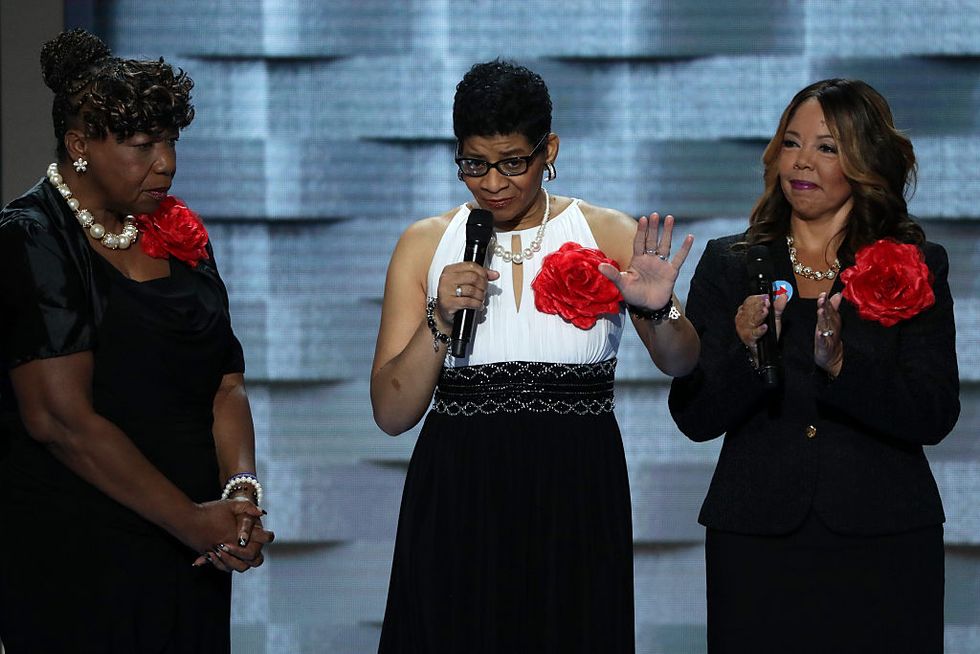 Hillary Clinton is now the official Democratic nominee for president, the first woman to bear that honor for any major party. But not long before that significant milestone was reached, nine mothers who lost children to police and gun violence took the stage for an incredible moving plea.

Criminal justice reform has become a hot button issue both in day-to-day American life and in the political arena. With each subsequent burst of senseless police violence, the urgency for change becomes more clear.

The mothers took the stage during a crucial part of DNC programming, at Clinton’s urging. The New York Times reports it all started at a private Chicago dinner last fall, when she sat down with a group of these mothers and made a plea they share their stories.

“You are the mothers of the children who are dying in the streets,” Clinton reportedly told them at the dinner. “You have a lot of power individually. But collectively, you need to come together. The country needs to hear from you.”

Since that dinner, the women have been stumping for Clinton at campaign appearances around the country. While it’s certainly shrewd politically, it also speaks to the level of priority she places on addressing this violence (not something you could say for both candidates). Delegates chanted “Black Lives Matter!” as the mothers took the stage.

The choice to let these mothers speak at the DNC had its share of detractors. Notably (and unsurprisingly), the president of Philadelphia’s police union condemned the move in an open letter. Calling it pandering and claiming his members were shocked and saddened, the letter closes with a sour, “Mrs. Clinton you should be ashamed of yourself if possible.” The mother of Tamir Rice has also pointedly declined to endorse her campaign.

Clinton largely ignored these critiques, instead letting these powerful “Mothers of the Movement” say their piece. It was quite a statement.

“I did not want this spotlight, but I will do everything I can to focus some of this light on the pain of a path out of darkness,” said Sybrina Fulton, mother of the late Trayvon Martin. ”That’s why we’re here, tonight, with Hillary Clinton. And that’s why, in memory of our children, we are imploring you—all of you—to vote this election day.”