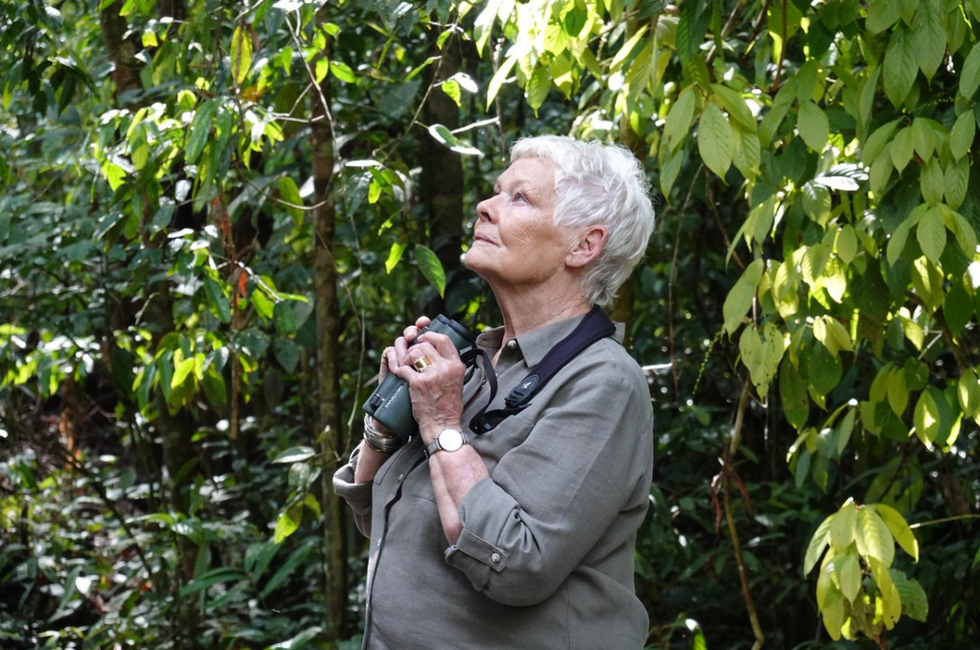 Judi Dench has announced that she's the proud adopter of three orangutans at the premiere of a new documentary starring the actress and focusing on the issue of deforestation.

Dame Judi reportedly shared news of the adoption at a Q&A session at the premiere last week, an event hosted by the Rainforest Trust at the Royal Geographical Society in Kensington.

The adoption actually seems to date back to October 2018, when the Borneo Orangutan Survival organization posted on Facebook to welcome Dame Judi to the “BOS family."

“If not us, who then could speak out against the destruction of their habitat and the extinction of the species? This is what we owe our closest relatives — the orangutans — as well as our children and grandchildren," the organization quotes Dame Judi as saying.

The new two-part documentary — entitled “Judi Dench's Wild Borneo Adventure" — will be airing in Britain on ITV on July 2.

It shows the actress visiting habitats off the coastline of the Malaysian Borneo, and interacting with wildlife like orangutans, sun bears, elephants, crocodiles, and hornbills, among others.

What an incredible night! A massive thank you to the magical Judi Dench for the mesmerising performance in her Bor… https://t.co/FZZVxULzYB
— SEARRP (@SEARRP) 1561203384.0

It's all part of a growing campaign to raise awareness about the threatened areas that so many endangered species call home.

According to Greenpeace, Bornean orangutan numbers more than halved between 1999 and 2015, with the loss of an estimated 150,000 individuals — about 25 deaths every day.

And a leading cause of the destruction is the production of palm oil — a product that's found in loads of everyday products, including chocolate, oven chips, soap, cosmetics, confectionary, toothpaste, baby lotion, and lots more.

Greenpeace has been really leading the way on raising awareness about the damaging impact of palm oil production — including partnering with Iceland to make the issue the focus of the supermarket's Christmas advertising campaign in 2018.

To feed the demand for palm oil, according to Greenpeace, tropical rainforests in Indonesia and Malaysia are being destroyed to create palm oil plantations in their place.

In fact, an area the size of a soccer field is torn down in Indonesia every 25 seconds, Greenpeace says.

“These rainforests are hotspots for biodiversity, and vital for regulating the Earth's climate," the organization adds.

In the documentary, Dench is reportedly shown talking with scientists from the environmental charity South East Asia Rainforest Research Partnership (SEARRP), for which both Dench and her partner David Mills are ambassadors.

Dr. Glen Reynolds, Director at SEARRP, said: “This new documentary with Dame Judi provides an opportunity for us to showcase how, with our partners in Malaysia, we are working to study and protect rainforests and demonstrate the critical role they play in regulating the Earth's climate, maintaining biodiversity, and supporting human livelihoods and wellbeing."

The premiere event also raised over $12,000 to support the conservation work being done by SEARRP.