Kendrick Castillo should be starting college right now. Instead, he died saving his fellow classmates in Colorado.

This is Kendrick Castillo. He is a hero. Share his name. 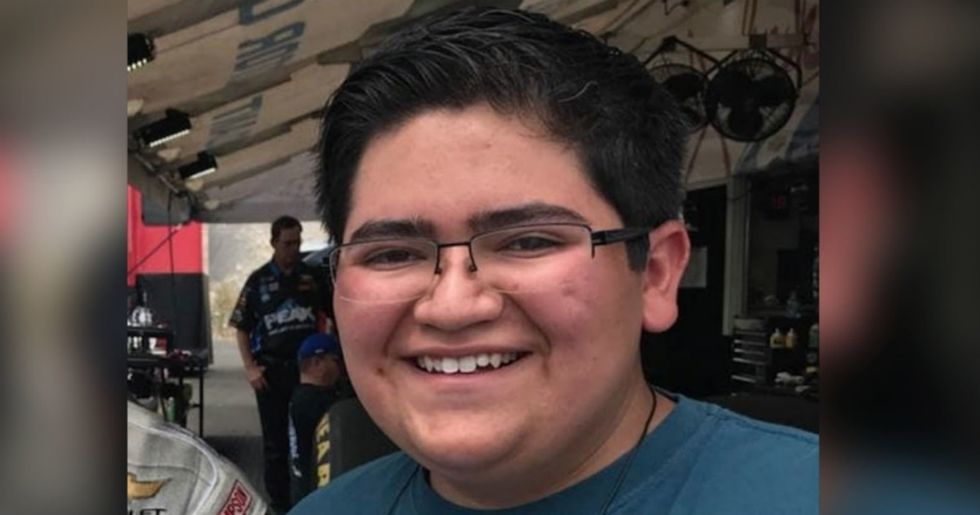 Kendrick Castillo was the only student to die in the most recent school shooting – this one taking place at STEM School in Highlands Ranch, Colorado. His bravery helped prevent more bloodshed in what has been a commonplace tragedy at our nation's schools. According to a classmate who witnessed the attack, Castillo moved to intercept one of the attackers to protect his classmates. A member of the school's robotics team, he was set to graduate in just three days.

Castillo is the second student this week who laid down his life in a heroic act of bravery in order to stop further bloodshed. At UNC Charlotte, senior Ryan Howell “took the assailant off his feet," as Charlotte-Mecklenburg Police Chief Kerry Putney reveals in a press conference just last Wednesday. As writer and activist Shaun King so eloquently noted in an instagram post, the two are “… Hero[s] we shouldn't have Kendrick. Shame on this nation for forcing kids to do this… It's an abomination that politicians have allowed it to come to this. Their inaction and indifference is a grave sin."

The Gun Violence Archive listed this school shooting as the 115th mass casualty shooting in the United States this year. As this type of violence has become all too familiar to Americans, some are quick to note that murder rates in the United States are actually near historic lows. While it's true the rate for murder and non-negligent manslaughter per 100,000 people in the United States is around 4.5 (down from a 1980 peak of 10.2) – does that make these lives being lost any less tragic? Is there nothing we can do to protect students, concert goers, and worshipers? Taking steps to make sure dangerous individuals do not have access to weapons is a necessary one, and the only real way we can honor the memory of a bright young man like Kendrick Castillo, and so many others.