More artificial light, more energy used. But LEDs are changing the equation right when savings are needed most. 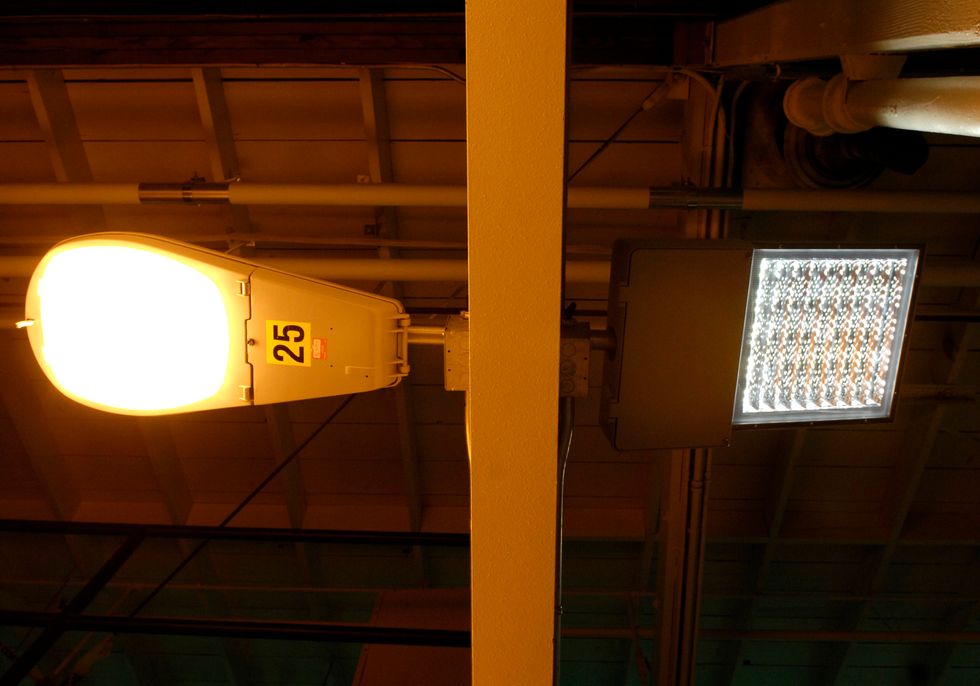 In with the new. Photo by Airman 1st Class Jonathan Olds/U.S. Air Force.

LED light has proven to be very effective at reducing carbon emissions.

When it comes to reducing carbon emissions, one of the biggest hurdles is the simplest: habit. Strangely enough, one of the brightest ideas on skirting that challenge is … a lightbulb.

The LED lightbulb, to be precise.

According to new data analyzed by the firm IHS Markit, we now have evidence that the growing use of LED bulbs is having a distinct, positive effect on emissions — despite its minimal impact on changing the way people carry on their everyday lives.

“The efficiency of LEDs is essentially what makes them environmentally friendly,” explains Jamie Fox, the firm’s principal lighting analyst. “LED conversion is unlike other measures, which require people to reduce consumption or make lifestyle changes. While other activities affect climate change more than lighting does, it is still a very strong contribution from a single industry sector.”

Just how strong? Last year alone, LEDs took more than half a billion tons off the table. That could amount to a one and a half percent reduction in the world’s carbon footprint, the equivalent of mothballing more than 160 coal-burning power plants.

Those gains come courtesy of LED lights’ ridiculous efficiency. While they’re not yet always as easy to replace or dispose of as traditional bulbs, they throw off the same degree of light, while chewing up 40% less energy than fluorescent bulbs. Relative to incandescent bulbs? They deliver twice the savings.

Of course, LEDs aren’t magic. Their virtues can tempt us to think more in terms of relative savings than absolute use. Some teams have been exploring the possibility that growing LED use could counter carbon gains by increasing the use of lighting in total. German researchers recently published a paper observing that, with over 2% more artificial outdoor light each year around the world, this so-called “rebound effect” could become a powerful factor over time.

Right now, however, LED lights offer two things for the carbon-conscious: proof of quick energy savings and hope that technology can add swifter gains while bigger, more difficult changes in consumption develop smoothly over time. Even if we can’t solve problems with the flip of a switch, sometimes that’s all it takes to get started.