“Wouldn't it be wonderful if all our letters could be published in the future in a more enlightened time. Then all the world could see how in love we are.” 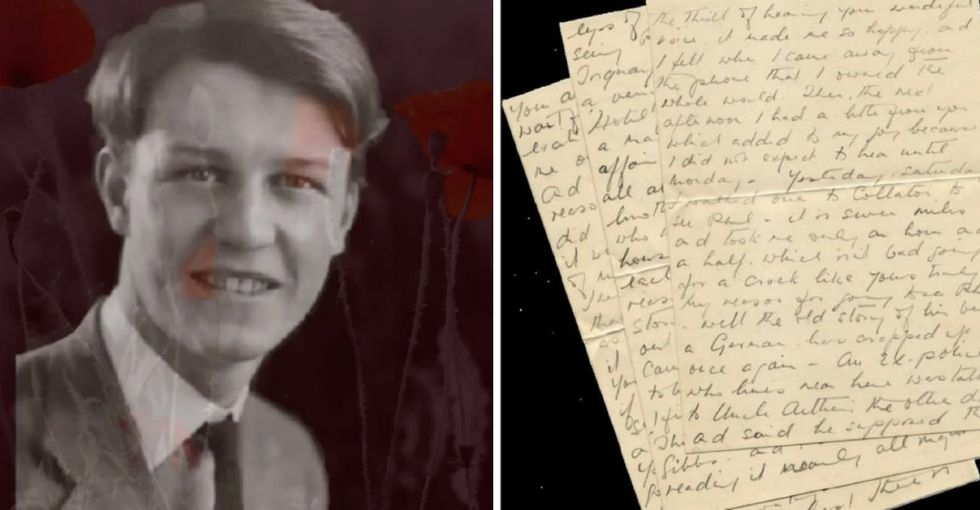 It’s easy to forget, amid so much ugliness and political unrest, that we live in a relatively tolerant time.

Consider it from the perspective of Gilbert Bradley and Gordon Bowsher, two men who fell in love in 1939 England and traded letters—in secret—throughout WWII. At the time, homosexuality was a crime (still is in some parts of the world), and gay sex while serving in the armed forces punishable by death. This made Mr. Bradley, an infantryman, twice as vulnerable as the average enlisted man—he not only had to risk his life at enemy lines, but also at home.

... I lie awake all night waiting for the postman in the early morning, and then when he does not bring anything from you I just exist, a mass of nerves...

All my love forever,

That they braved such terrible stakes to communicate is testament to their powerful connection. And yet it may have remained undiscovered, like so many gay relationships throughout history, if not for an inquisitive museum curator, Mark Hignett, who bought three of their letters on eBay.

For years I had it drummed into me that no love could last for life...

I want you darling seriously to delve into your own mind, and to look for once in to the future.

Imagine the time when the war is over and we are living together... would it not be better to live on from now on the memory of our life together when it was at its most golden pitch.

At first, Hignett pegged “G.” as a young woman—a girlfriend or fiancée—an understandable assumption: “Most homosexual couples would get rid of anything so incriminating,” says gay rights activist Peter Roscoe. It may seem gay relationships weren’t common “back then,” but that’s not true. We just lack the evidence—it had to be destroyed. "Such letters are extremely rare,” he says, “because they were incriminating.”

Luckily, Hignett was curious to see how the affair unfolded. Upon discovering “G.” was a man, his interest deepened. He continued to buy more and more letters—600 in total—ultimately investing thousands of pounds. Now, letters which once invited so much risk into two men’s lives one asked the other to destroy them, are bound for display at the Oswestry Town Museum. They will be published as a book, and potentially see new life in films, plays, music… even a fashion line.

"Wouldn't it be wonderful,” one man wrote to the other, “if all our letters could be published in the future in a more enlightened time. Then all the world could see how in love we are."

Not only does the world see it—it celebrates it.