Dozens of Muslim volunteers are cleaning America’s national parks during the government shutdown “as an act of faith.”

It’s also a great way for Americans to #MeetaMuslim. 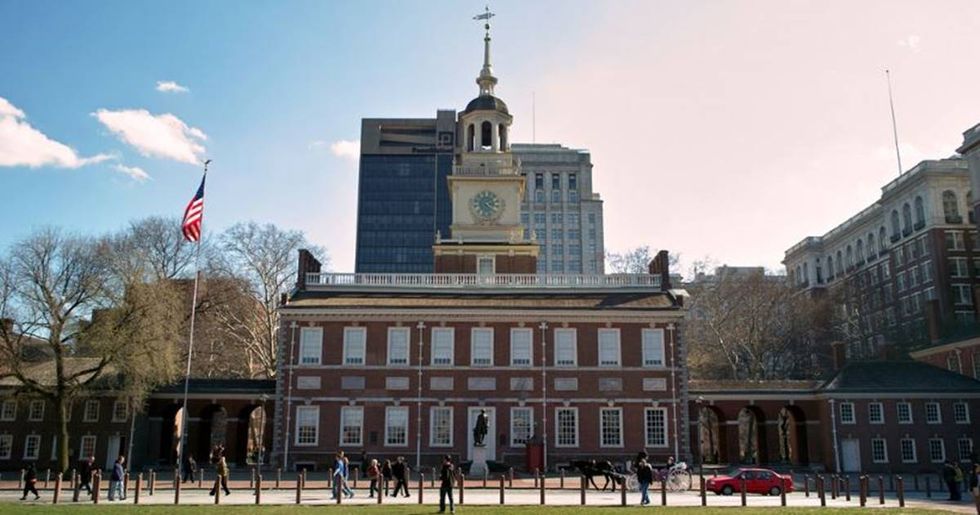 Even though Donald Trump has repeatedly trashed Muslim people throughout his political career, a group of young Muslim men have come together to pick up his mess.

Trump has called for a “a total and complete shutdown of Muslims entering the United States” and denied Muslim refugees in danger from entering the country. He’s also said that Islam “hates us” and said he’d “consider” closing mosques throughout the country.

For years, Trump promoted the ridiculous Birther conspiracy that claimed Barack Obama was a Muslim and painted Islam in a negative light.

At midnight on December 21, the U.S. federal government was shut down after Democrats refused to fund Trump’s promise of a wall on the U.S.-Mexico border. Since, the national park sites have been largely unsupervised, toilets are locked, and trash cans are overflowing.

Three people have died at the understaffed parks since the shutdown.

More than a dozen young men with ⁦@MuslimYouthUSA⁩ are cleaning up Independence Mall today in pouring rain. They say they are doing their part in helping amid government shutdown. pic.twitter.com/xxTvyubo9W

“Service to our nation and cleanliness are important parts of Islam,” Dr. Madeel Abdullah, president of youth group, said in a press release. “We could not sit idly by as our national parks collected trash. We will lead by example and dispose of this garbage appropriately and invite all Americans to join us in these parks and others across the nation.”

The cleanups aren’t just a way for the organization to give back to the community, they help dispel negative stereotypes propagated by people like Trump. According to Pew Research, approximately 62 percent of Americans have never met a Muslim. This lack of contact allows for negative stereotypes to flourish.

“It’s our duty to come in and serve — not as a show, but as an act of faith,” said Saud Iqbal, a ­33-year-old information technology specialist, told The Washington Post. “I don’t think people realize that.”

“We have [Muslims] out there that want to do great destruction to our country,” Trump claimed in 2015. However, if you look at the United States right now, it’s clear who’s doing actual damage, and it’s not Muslims.