‘Follow someone working towards the progress we all still believe in’ 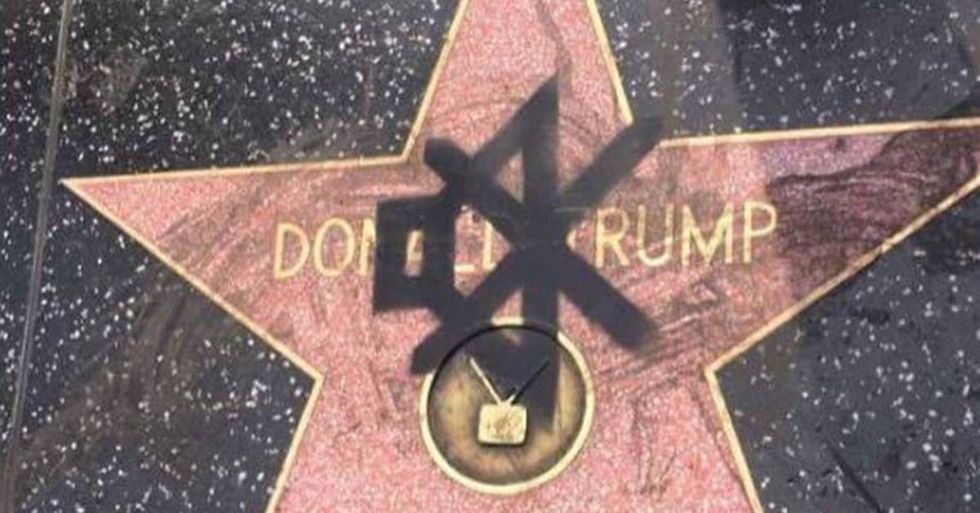 One of President Trump’s core values in politics, business, and entertainment is competition. Trump was raised by a hyper-competitive father who taught him to be a king and a killer. Trump came to believe that “he cannot be one without the other,” wrote Harry Hurt III, author of Lost Tycoon. “As his father has pointed out over and over again, most people are weaklings. Only the strong survive. You have to be a killer if you want to be a king.”

Recent examples of Trump’s unrelenting competitive streak came when he bragged about beating Arnold Schwarzenegger’s ratings as host of “The Celebrity Apprentice” – a show that he executive produces. It was also apparent when his press secretary made the verifiably false assertion that Trump’s inauguration was “The largest audience to ever witness an inauguration, period.” Given Trump’s obsession with winning, feminist e-newsletter Signal Boost is encouraging people to unfollow @realDonaldTrump and @POTUS on Twitter. Trump will take notice of his dwindling followers and it will hit him right where he’s vulnerable: his ego.

Instead of following Trump, Signal Boost asks Twitter users to “follow someone working towards the progress we all still believe in” and to share who they chose to follow using the hashtag #MuteMonday.” Signal Boost suggests Twitter users follow “an organization dedicated to protecting reproductive rights, or keeping families together and safe from deportation, an elected leader you want to hear from in 2020, a local progressive candidate who's running to protect her community. Your choice.”

Here’s how people are putting #MuteMonday into action on Twitter:

To get a head start on #MuteMonday, I replaced my POTUS follow with @10Acts100Days. Keeping the revolution going with mutual accountability.
— Cat Lady Army (@Cat Lady Army)1485137504.0

Celebrities are getting into the action as well.

Also followed @RichardAyoade because we won't get through the next 4 years without some thoughtful & hilarious British people #MuteMonday
— Lena Dunham (@Lena Dunham)1485185723.0